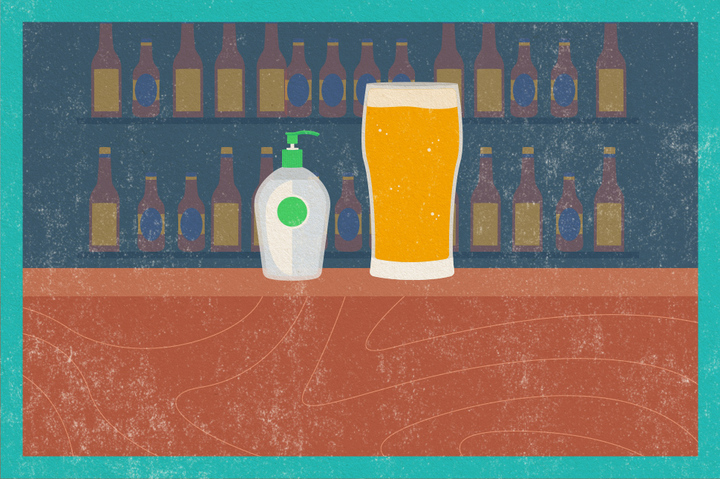 Since mid-March, pubs and venues have been decimated as they've been forced to close due to government restrictions on venues and the number of people permitted in public gatherings.

Today, 1 June, marks a new dawn on the road back to some sort of normalcy for venues who can re-open - but with limitations.

For the most part pubs are able to re-open with sit down patronage only, and in most cases people need to be ordering food (still no propping up a cold one at the bar just yet).

There have been a flurry of announcements in recent days and as it's hard to keep up, here's the state of play for what's changed today.

As of 12pm today, there were changes to Queensland Health’s Restrictions on Businesses, Activities and Undertakings Direction. It means that pubs and clubs may operate for up to 20 seated patrons at a time in compliance with a COVID SAFE checklist, with no more than one patron per four square metres. Concert venues, theatres, arenas, auditoriums, stadiums are also limited to 20 people at a time.

Some places are re-opening and working within the limitations - Eatons Hill Hotel’s bistro is open and The Tivoli is allowing you to hire it out.

From today, the capacity of pubs and clubs must not exceed 50 customers or one customer per four square metres (excluding staff) per existing separate seated food or drink area, whichever is the lesser. Venues may have multiple existing seated areas. “Concert halls, music halls and dance halls” however still must remain closed.

Those taking advantage of this re-opening include Marrickville Bowling Club,  The Lord Gladstone, The Coogee Bay Hotel and Frankie’s Pizza By The Slice.

From today (well, technically 11.59pm last night), 20 patrons per enclosed space are allowed in restaurants, including those inside pubs and clubs. Limits are placed on entry to comply with the density requirements allowed within a single space – one person per four square metres.

Despite the venue SOS sent out today, some venues are planning on opening back up including Sooki Lounge and The B. East.