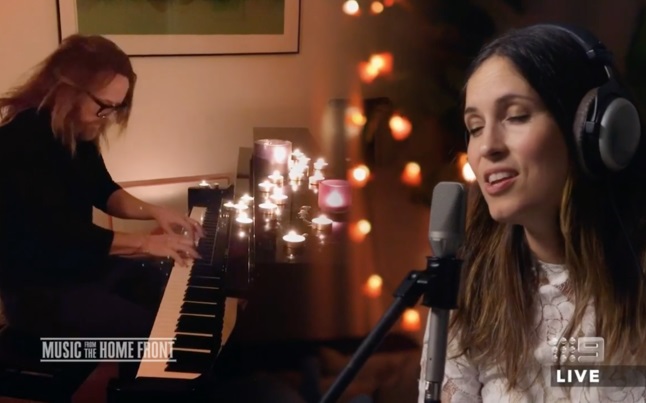 Last month's Music From The Home Front TV event is set to be released on double CD, triple vinyl and digital download next month.

The live-streamed event in honour of Anzac Day and COVID-19 frontline workers, which featured performances from Crowded House, Kevin Parker, Tones & I, Dean Lewis and DMA'S, as well as a special collaboration and original song from Tim Minchin and Missy Higgins, will be released everywhere on 19 June with all proceeds to go to music charity Support Act.

"We had just nine days to pull together Music From the Home Front," CEO of Frontier Touring and Chairman of the Mushroom Group, Michael Gudinski said.

"A show this big should take months. I am so proud of the results, humbled by the reaction to our incredible musical talent, and now so pleased to bring you this album to commemorate that special night.”

Over 800,000 people tuned into the Nine Broadcast which was the fourth most-watched show overall on 25 April.