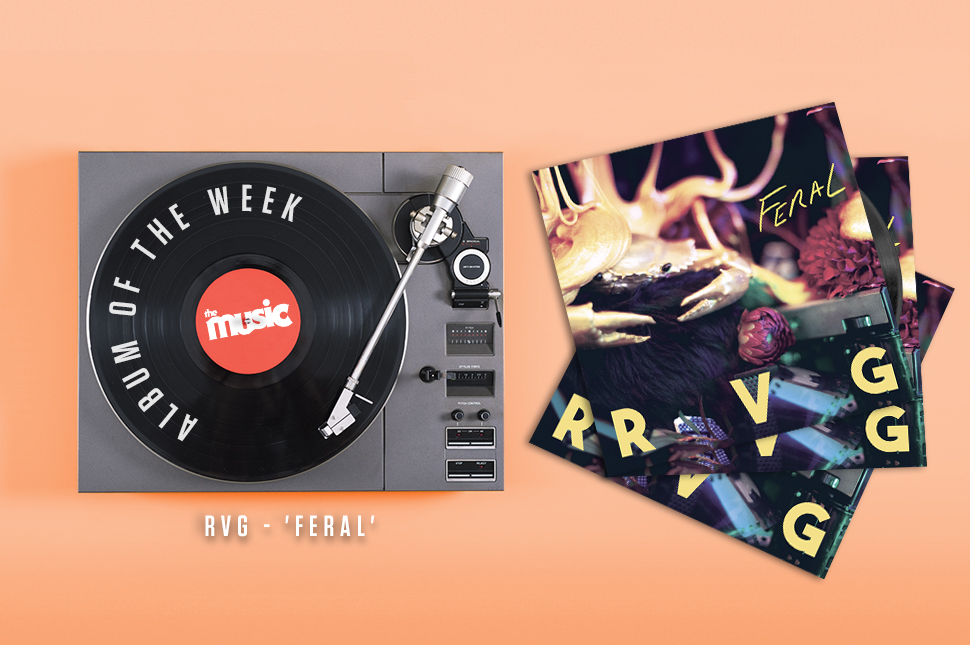 "A Quality Of Mercy already had the defining ingredients of the RVG sound – The Smiths-like insistency and nimbleness of the rhythm section, those sparkling, chiming and shimmering guitars and Vager’s voice a commanding strident force out in front. What Feral does do is highlight some sharper songwriting with more space and dynamics, in a wider, more sonically detailed sound courtesy of producer Victor Van Vugt.

"You can particularly hear the sound of The Go-Betweens and Echo & The Bunnymen amid the jangly post-punk and garage rock. It’s simple, melodic indie guitar pop, but those guitars sound perfect in the way the notes tumble and cascade from the speakers, all frantically free-falling and forlorn...

"On Feral, Vager’s dissection of how it feels to be sidelined and disenfranchised is treated poetically and ultimately there’s a sense of hope and resilience that rises from the near-perfect musical backdrop."

Frontwoman Romy Vager told us she often arrives at songs "in weird ways", highlighting that Prima Donna was written from the viewpoint of a “bitter Capt'n Snooze” from the '90s bedding commercials.

“When I was younger, I used to busk," Vager said. "And I met this comedian [Rod Quantock] who used to play Capt'n Snooze on the television. He’s like the sweetest guy, I haven’t met him since I was 17, but I just remember he invited me and my girlfriend at the time to a show.”

They were chatting to Quantock out the front of a Safeway when someone yelled out of their car: "Aw, Capt'n Snooze!"

“And I was just like, imagine being remembered for being that character," explains Vager. "It would just be completely bizarre.”

Vager also mentions the devil in three separate songs on Feral. When asked whether she grew up in a Christian family or if she’s just a bit metal, Vager noted: “I didn’t grow up in a Christian background, but I’m from Adelaide so, Adelaide’s like the metal capital of Australia. But the only reason I play indie music in the first place is as an escape from the nu-metal thing that was going on in Adelaide at the time.”

And when it comes to what motivates her to make music, she said: "I think I have trouble dealing with very basic things a lot of the time.

“I’ve always been like that. It’s always been really hard for me to kind of make friends or be around people. I’m a bit of a misanthropist as well sometimes. But I feel like songs are my door. I feel like if I can write songs and if I can perform them, then I can communicate with people on a level that I sort of can’t do a lot of in real life. It’s cathartic more than anything. I just need it, you know?”

Give the album a listen below!