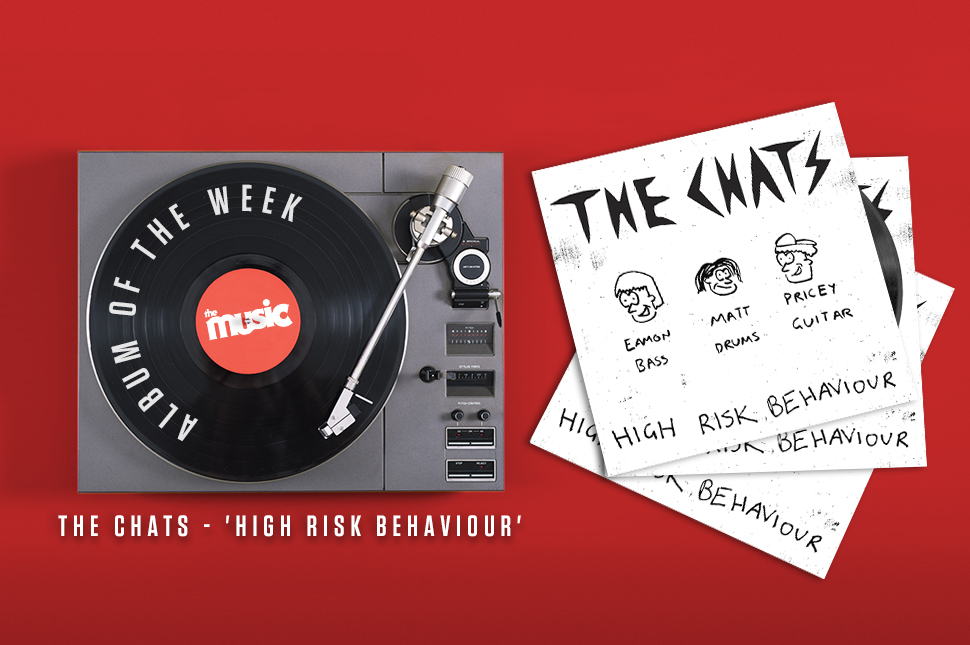 It might fall in and out of fashion, but pub rock is pretty much Australia's blues. We all know it. Deep down in our acid wash genes, every Gazza and Shazza born feels something quiver when a bloke with a fucked haircut arcs up about gonorrhoea over a few honest, hardworking chords. It speaks directly to the 'Strayan soul.

Of course, The Chats would probably call that a load of wank. They're not trying to define the national identity, they're writing minute-and-a-half scorchers about having a feed at the pub and getting Ross River Fever.

They definitely don't waffle on about it. Their debut album High Risk Behaviour - a name they got off the fines drummer Matt Boggis keeps getting for skating where he shouldn't - is 14 songs and a full 28 minutes long. The trio get in, cause a ruckus and knock off.

The result is fast, sharp, and bloody cheeky - an instant classic. Plus you can probably smash out the whole thing over smoko.

The Music's Carly Hall caught up with singer Eamon Sandwith ahead of the album's release. As far as their success goes, he says,  that the band “kind of stumbled into it.”

“I’m always surprised and I have no idea why people are so nice to us. We’re doing what we love and we’re not doing it for anyone else, so I guess people can kind of relate to that.

“Like, pretty much every day we play and look at the crowd and it's like, ‘Why are you here?’ We didn’t have plans to do anything like this, so we're always pinching ourselves.”

On their straight-at-it punk rock, Sandwith says, “We've got a sound that people like and, you know, you don't want to fuck with it too much and change it. But in saying that we did experiment a bit on the last track of the album – we’ve actually got a minor chord in there. It's very progressive.

"When I was a kid, I was really into The Ramones and Sex Pistols and then I got into Black Flag, Misfits and all that. But the sense of humour that Frenzel Rhomb had made a big impact on me. I reckon that’s definitely an influence on our writing.

"But you know, even they’re a bit too fast to inspire us too much musically – we don’t want to overcomplicate things. I don’t want to have to practise like every night, fuck that.”

Read the full story here, and give the album a listen below!