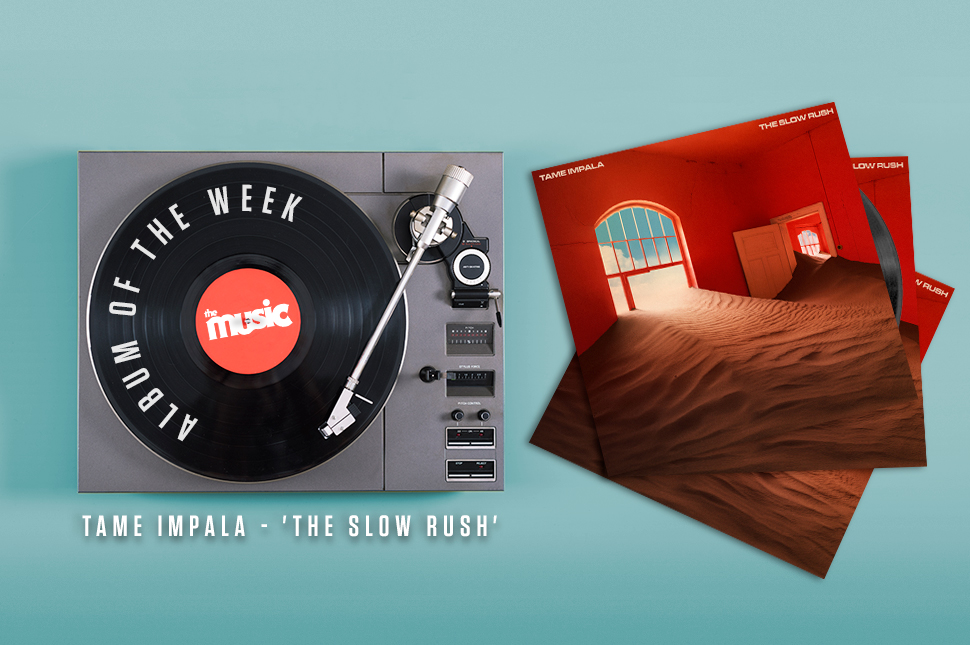 Tame Impala's The Slow Rush was always going to cause a stir.

The fourth album from Western Australia's Kevin Parker, the album follows up 2015's Currents. In the time between, there's been high profile collabs with people like Mark Ronson and Lady Gaga, a mini-hiatus, and of course there's the massive headlining sets at festival like Coachella and Lollapalooza.

It's all boiled down this though; an album that "encapsulates everyday anxieties, pressures and fears within a slow-burning pool of synth waves, thick basslines and dynamic vocals".

What they're saying...
Bryget Chrisfield caught up with Parker for The Music's February cover story. Check out snippets of their chat below and read the full story here.

On launching the album...

Our first taste of The Slow Rush was Borderline, which premiered on Saturday Night Live. "It was one of the first ones that I started," Parker recounts of Borderline's creation, "because I start all of them around the same time and then finish them all around the same time - I kind of do everything at once. So by February or something last year, I'd started all the songs that were gonna be on the album, but I didn't finish writing the songs until a few hours before mastering; it's kinda funny that I do it that way."

Why songwriting is important to him...

You can tell by his compositions that Parker is a perfectionist. He's been quoted as saying, "Part of the thing about me starting an album is that I have to feel kind of worthless again to want to make music." When asked how he gets himself into that frame of mind, Parker clarifies, "I mean, it's not worthless like some people feel worthless - it's not like depression or anything; depression isn't creative for anyone. It's just feeling shit about yourself in the kind of day-to-day ups and downs. When I'm feeling good, things don't come to me the way they do when I'm just feeling like, 'I need something in my life right now to make me feel better,' and it just so happens that coming up with a new song makes me instantly feel better about myself. In a way, it's the only thing that can make me feel the best that I can. It covers everything for me. It ticks all the boxes. It makes me feel confident with myself and also that I've still got it," he laughs. "That I haven't lost it, you know?

"Because after every song that I write there's always the fear - it's not like the fear is always there, but every song I write could be my last good song. Like, 'Hey, this could be the last good song I ever write!' Because maybe one day, surely, that'll be the case, you know? Like, Paul McCartney doesn't write songs like he used to and Stevie Wonder doesn't write songs like he used to so, at some point, that day is gonna come, I feel."

On the track Posthumous Forgiveness...

"All my songs are personal in some way. I guess it's the most 'heart on my sleeve' kinda thing [I've done]; I didn't intend for it to be that, it kind of just felt right to sing about and to sing those lyrics. But, the thing is, I don't want people to think that that's how I feel about my dad every day. Because it's not; it's how I have felt before for the sake of making a song that I feel is moving, which is all I care about doing at the end of the day - I just wanna make music that's moving, whether it's in a happy way or a darker way or somewhere in between."

"The Slow Rush sees Parker doing more of what Parker does well: the musically deep, intricate soundscapes tell a story through funky riffs and unique effects, tones and instrumentation. Harmoniously partnered with Parker's soulful and smooth vocal stylings, the album provides a cloud to float away on.

"Piercing guitar leads take centre stage during Is It True and are accompanied by a funky disco melody that is sure to bring a solid groove to live shows. Heavily distorted drums and bass power through It Might Be Time proving that Parker fits into no mould. Ending with One More Hour sees us transcend from being stuck in the 'loop-de-loop' to being alright with moving forward, hopeful about the future and finding bliss over time.