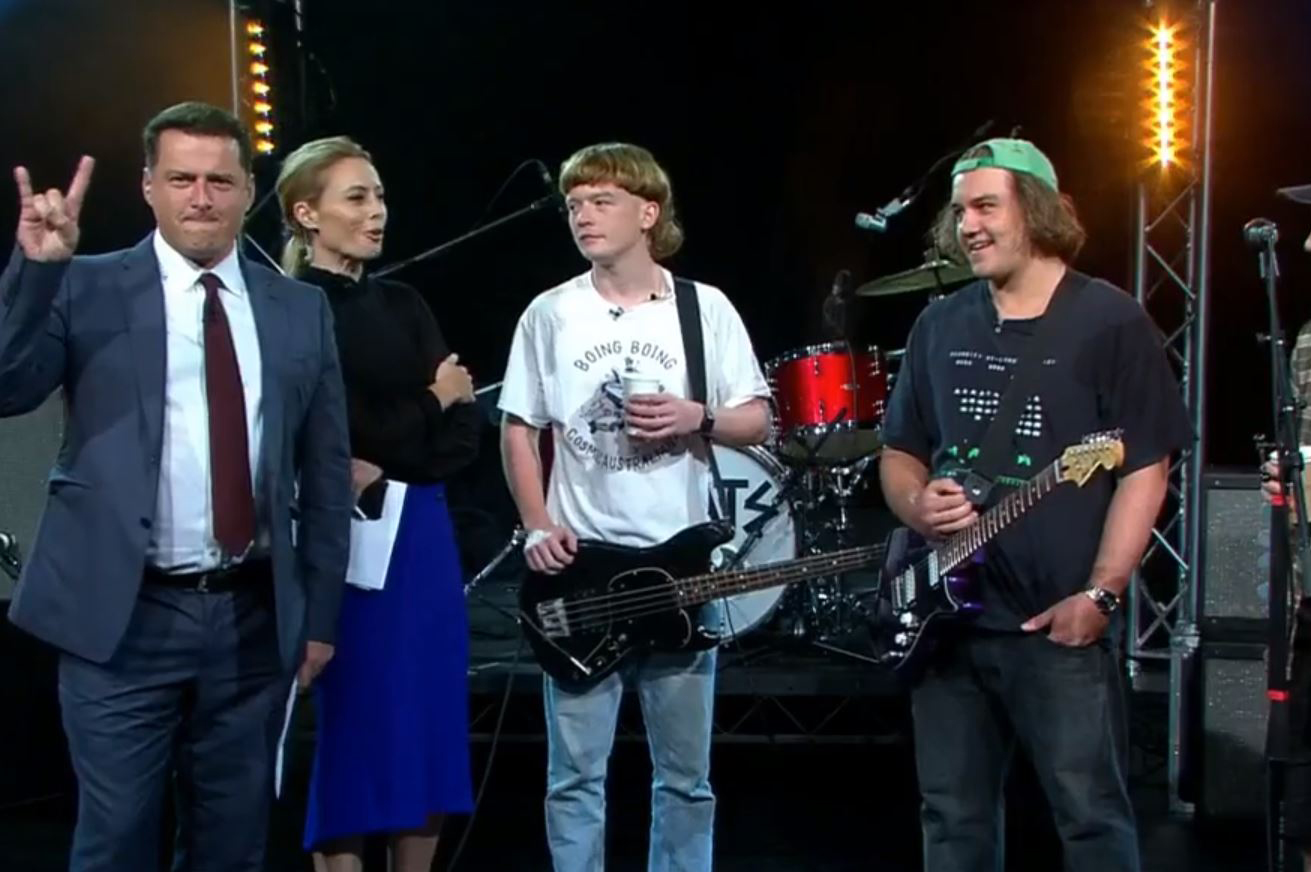 It's already a contender for the best TV interview of the year, but even The Chats were surprised to get an invite on Channel Nine's breakfast show Today earlier this month.

Before performing their track Pub Feed on the show, the Queensland trio had a quick chat with hosts Karl Stefanovic and Allison Langdon which needs to be seen to be believed.

In a new interview with The Music, vocalist and bassist Eamon Sandwith discussed the appearance.

"They actually came to us and said 'do you want to do this?', and at first I was like 'no fucking way'. But then I thought, you know what, it might be pretty funny," Sandwith explained.

One of the most talked-about parts about the segment was the awkward exchange with Stefanovic but Sandwith thinks the TV host was being genuine.

"I think Karl's a fan. I don't think he was trying to put it on or anything but yeah, we spoke to him a little bit before and after," Sandwith said.

"And we got a picture with him, which I'll probably give to mum - she'll love it."

The Chats are gearing up for the release of their debut album, High Risk Behaviour, on 27 March. Keep an eye on theMusic.com.au for the full interview with Sandwith.