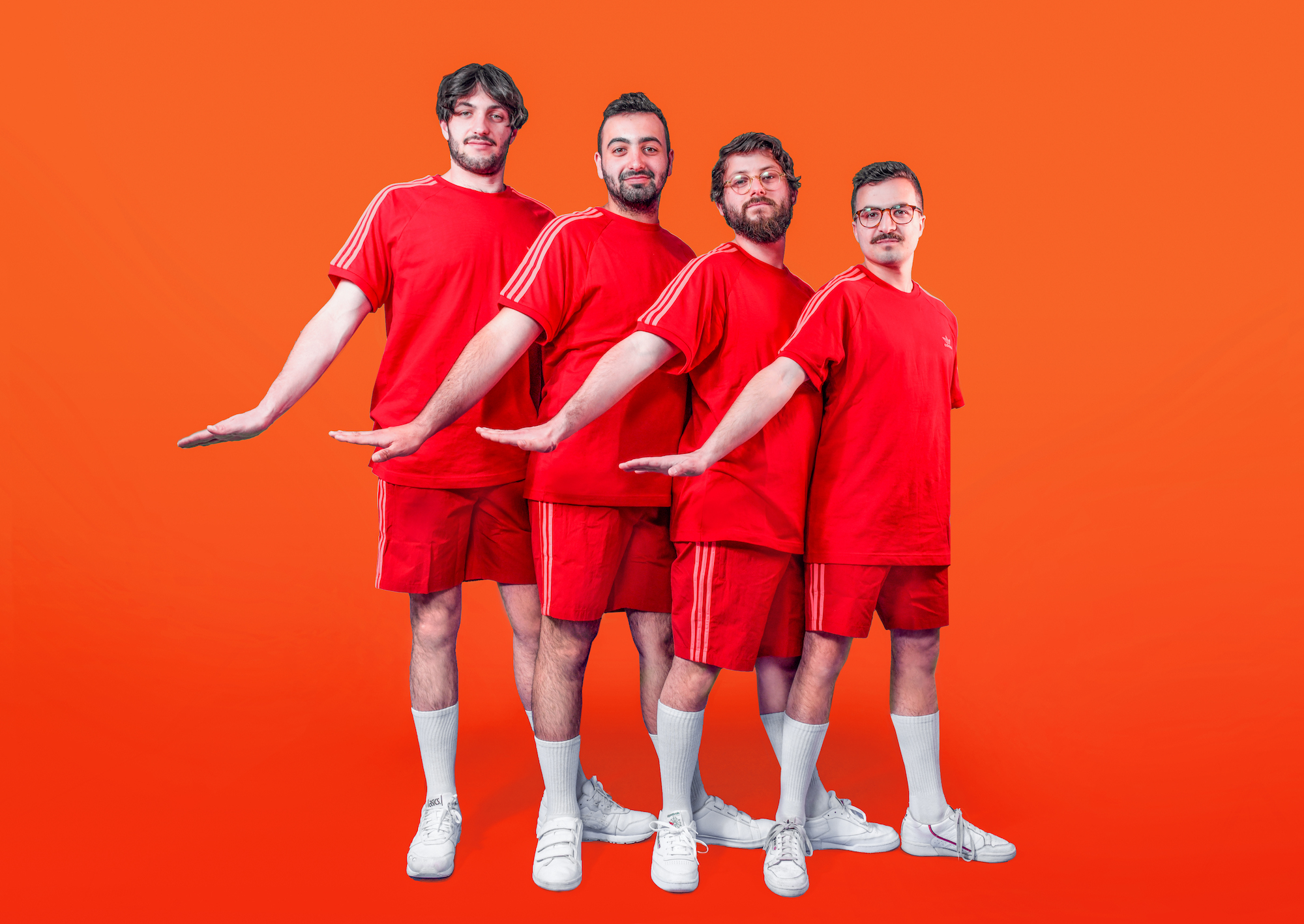 Small Change goes to the heart of the Approachable identity, St Kilda. St Kilda’s not only where we all grew up – from The Espy to the Palais and the pier, it’s iconic, and it’s gorgeous.

But it’s also changing, and quickly. St Kilda remains Melbourne’s playground, but after massive development, and anxieties about safety and drugs, its grunge and grit is gone - along with the very people who gave St Kilda its eccentric character.

St Kilda in its displacement represents so many changing neighbourhoods in Melbourne and the world.

Small Change charts some of St Kilda’s dilemmas, but also its confidence and life. Small Change is about the good and the bad, the old and the new, the mistakes and the new generation’s hope for a brighter future.

We wrote Small Change with another Southside-Melbourne friend Alex Lahey, together reflecting on the challenges of gentrification and change, with an optimistic outlook for the years to come.

When, where, who with?

Small Change saw the Southside’s production dream-team come together. With Alex Lahey and our good friend Gab Strum (Japanese Wallpaper) working together in our little studio, we knew that we were building something special. And once Oscar Dawson (Holy Holy) got his mixing-paws on the track, the song was all wrapped up with punchy vibe and pop-drive.

Small Change saw us strip back on some of the bigger, spacious synths we’ve found ourselves playing with since our first EP, and instead bring St Kilda to life with more of that timeless live-band sound.

Of all the tracks on the EP, Strangest Places came together the most quickly and naturally. Touring with Polish Club and Dulcie in June-July 2019 was a sequence of dreams all smooshed up and smattered with a whole heap of fun. We can’t remember a time when Dulcie were not our friends. We also do not want to remember those times, because Dulcie has made the band’s life three million times better. Maybe four.

Strangest Places is a testament to that exploration in a new relationship, and was written on the tour about travelling and the relationships formed. The song feels real and reflects the friendship we cherish so dearly with Dulcie.

One day Josh presented to us one of his weirder demos. It mainly sounded like he loaded up a bunch of cooked, pre-loaded midi sounds and pressed as many buttons as he could. That demo wound up becoming The Internet. The Internet looks at our relationship with the World Wide Web. It’s something which is still revolutionary and new, and changing how we connect and organise ourselves as a community. But it’s also becoming whackier every day, with some frightening dark holes.

When we think about the community we live in, the internet is no longer a separate reality - its darker parts are manifest in the real world, and the challenges it presents are real and personal. That tension is the basis of the song -  as despite everything broken about the internet, we all remain connected. We hope the funk and groove of the track make you think about the web and all its complexities.

Micky sent a file to the band once simply titled 'Avicii 1.’ From there, the song became Fanboy. Though we are all fans of the great DJ and producer Avicii, we did not write the song as a memorial, but as a tune that is a thank you message to all our fans. Fanboy grew into a song about fandom, and also a sincere dedication to the amazing people who come down to gigs and have signed up as Members of the Approachable Community. The song is about all those people who stand in lines outside venues, dance in sweaty rooms, listen to new tracks on Triple J Unearthed, and dedicate time and effort to the love of music.

Citrus Fruit was one of the tracks that has taken on many lives over a couple of years. Written with our friend Tyde Levi, Citrus Fruit is about our journeys - in the band together, and as individuals - and managing the challenge of rapid change. The song talks to that sense of pushing yourself, and swatting away that awful feeling that you are living in someone else’s skin.

Much like Citrus Fruit, our last couple years in the band have had the sweet, sour and bitter. But it’s the process that matters. The dream-pop inspired guitars for us are about the importance of reflection, with the uplifting dance-finish talking about confidence and hope for the future.

On + On might be the Approachable version of a stadium rock anthem. Think Coldplay. Think 60,000 people. Think torches in the air. Think tears of love and emotion. We wrote this song about a kid dwelling on his relationships, chasing his dreams. And with that sentiment, the song grew into this anthemic tune about love and friendship that we hope can resonate with anyone. On + On also marked the point of the band embracing the world of synths, working with our best bud Gab Strum (Japanese Wallpaper), watching him work magic with synthy production.