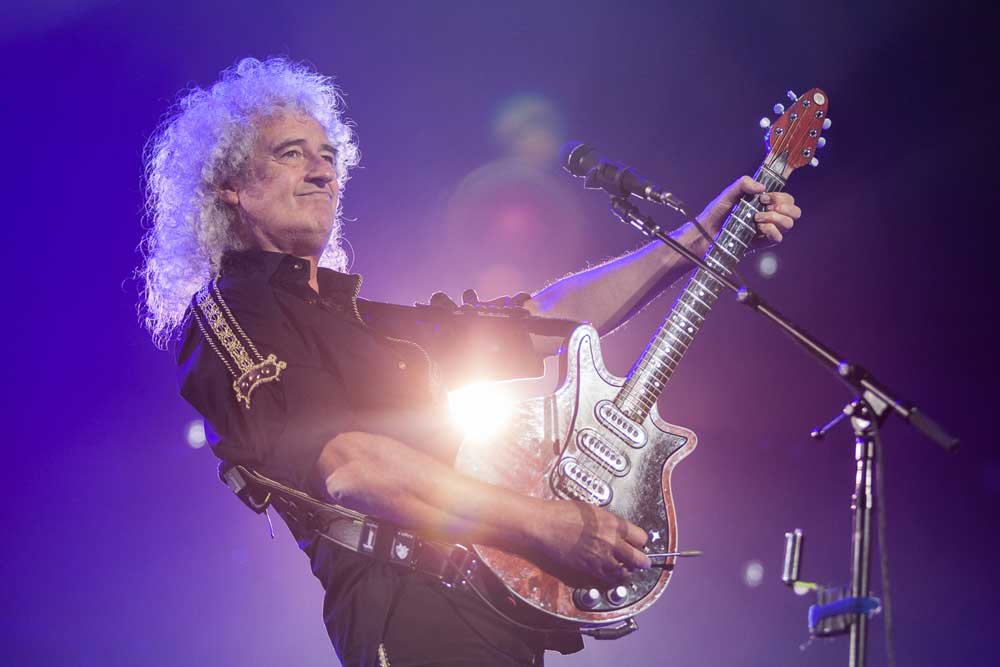 Queen’s Brian May has requested an apology from a news cameraman in Brisbane following a widely-publicised incident earlier this week.

Upon arriving in Brisbane earlier this week, May took time out near the airport to sign autographs and take photos with fans, during which he was filmed by a Channel 7 cameraman lashing out; a situation the UK guitarist alleges he was baited into.

Taking to Instagram, May recalled the incident in full, claiming he snapped at “one of the rudest and most disrespectful video cameramen I’ve ever encountered”.

“There’s a fine line between anger and depression, and I’ve been struggling with all of that since I got ambushed and harassed by a TV news team, fresh off the plane from New Zealand,” May said.

“I just let him film for the few moments I was signing the albums. But these kids were clearly very moved by the meeting, and I felt they deserved to have a few moments NOT being filmed for public sharing.

“So, in the nicest possible way, I turned to the cameraman and asked if he’d stop filming, now he’d got his story, and give us some private moments. He refused. He kept on filming, and aggressively turned the camera close-up on my face. That, to me, felt like deliberate invasion of my space, and downright unfriendly.”

May claims that, despite numerous requests from himself and fans for the cameraman to back down, he continued to get be intrusive.

“He then pulled out his iPhone and began to film us with that. That was the final straw for me. I headed towards him with the intention of temporarily separating him from his phone, and actually put a hand on it, before my security guy gently dissuaded me. And then I realised I had walked straight into a trap.

“The guy now had what he wanted. He could cook this up into a story in which I was portrayed as an attacker on an innocent victim of a newsman. He possessed the only footage of the incident, so he or his bosses could edit it any way they wanted, to make me look like I lost my rag for no reason. And that, predictably, is exactly what Channel 7 did.

“I regret getting angry, but angry I was, under what I regard as severe provocation, and to me the behaviour of the camera guy and the Channel 7 news team is shabby and shameful. I’d like an apology from them all, but of course the chances of that are small. I don’t know whether it was all a set-up from the beginning – maybe so – or whether he just deliberately acted like an arse to create a story.”

Queen's Australian tour kicks off tonight in Brisbane before they perform at Fire Fight Australia this Sunday. For more details, see theGuide.