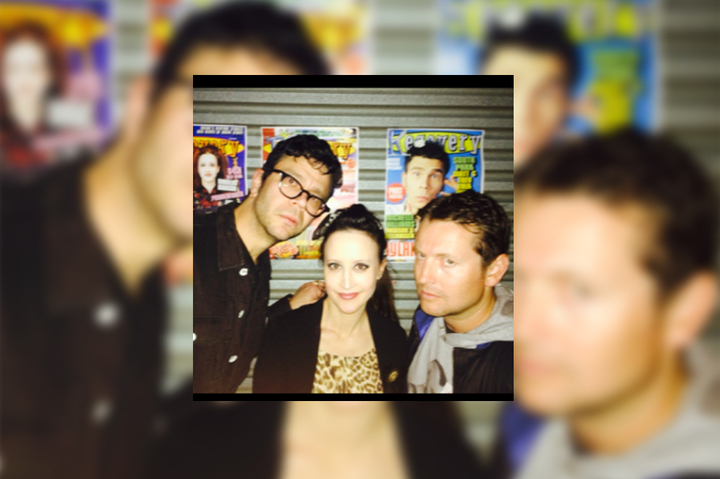 Recovery legends Dylan Lewis, Jane Gazzo and Leigh Whannell will reunite for one special night next month to raise money for bushfire relief.

The former ABC hosts will appear at Melbourne's Spotted Mallard on 5 February for the 'We Love The 90's' Fundraiser, which will feature a "mix of q&a’s, quizzes, music and plenty of '90s nostalgia".

Special guests on the night include Kevin Mitchell (Jebediah), Jodie J Hill (better known to Recovery fans as ScaryAnne Kennerly) and DJ JNett, while a few more surprise appearances are also in store.

All funds raised from the night will go to The Fire Relief Fund For First Nations Communities and Wildlife Victoria.

While Lewis and Gazzo fronted the '90s music series, Whannell, who has since gone on to build a hugely successful career in Hollywood (Saw, Insidious), served as Recovery's film critic.

Whannell will return to Australia next month in support of his new film, The Invisible Man, which he wrote and directed and stars Elizabeth Moss (Mad Men, The Handmaid's Tale).

Lewis sat down with us late year to discuss his best and worst Recovery interviews. Check them out here.