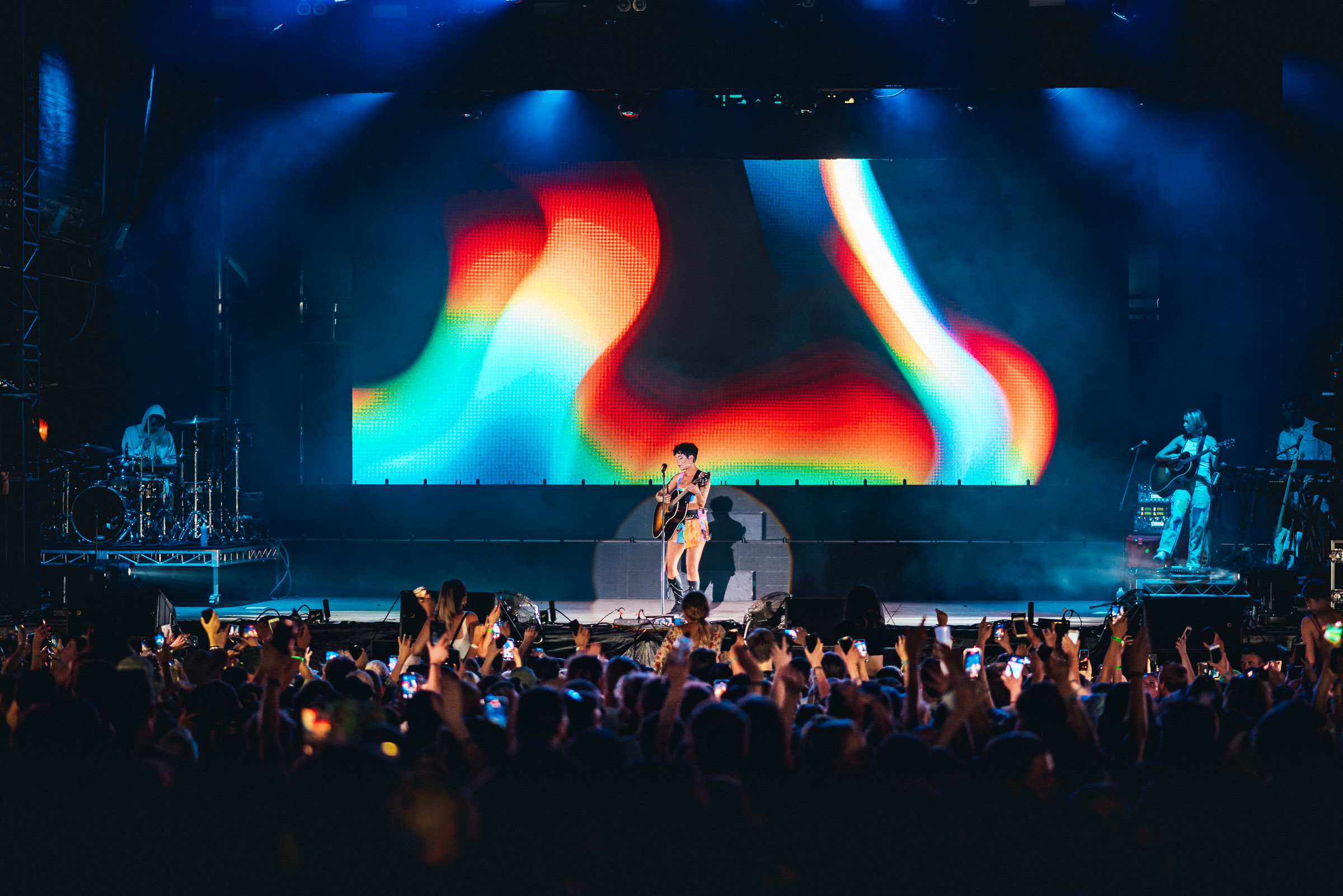 Halsey has described her return to Australia this month in support of the Falls Festival events as "overwhelming" for a number of reasons.

During her appearance on the latest episode of The Green Room with Neil Griffiths podcast, the US singer spoke about her headlining shows at the New Years festivals, after performing on the same stage in an earlier slot at the 2015/2016 events.

The New Jersey-born artist, who appeared on the podcast to promote her new album, Manic, also discussed her relationship with Australia and local fans.

"My music has always had, like, a really special journey in Australia because triple j was playing my music when I was on my first album cycle before I had ever been to Australia," she said.

"The coolest thing for me... is I feel like I get to grow. Whether [my music] commercialises itself or the audience grows or the magnitude of the whole thing expands, everyone kinda still lets me be that twenty something year old girl stomping around the stage in combat boots.

"I get to keep the mentality of being an underground artist but still kind of expanding into something else.

"It is really unique and I can't really ask for anything else. It was amazing to be there."

During the podcast, Halsey also touched on when fans can expect her back in the country. Listen to the full episode of The Green Room on Spotify, Apple Podcasts (below) or SoundCloud.

Manic is The Music's Album Of The Week. Check out our review here.