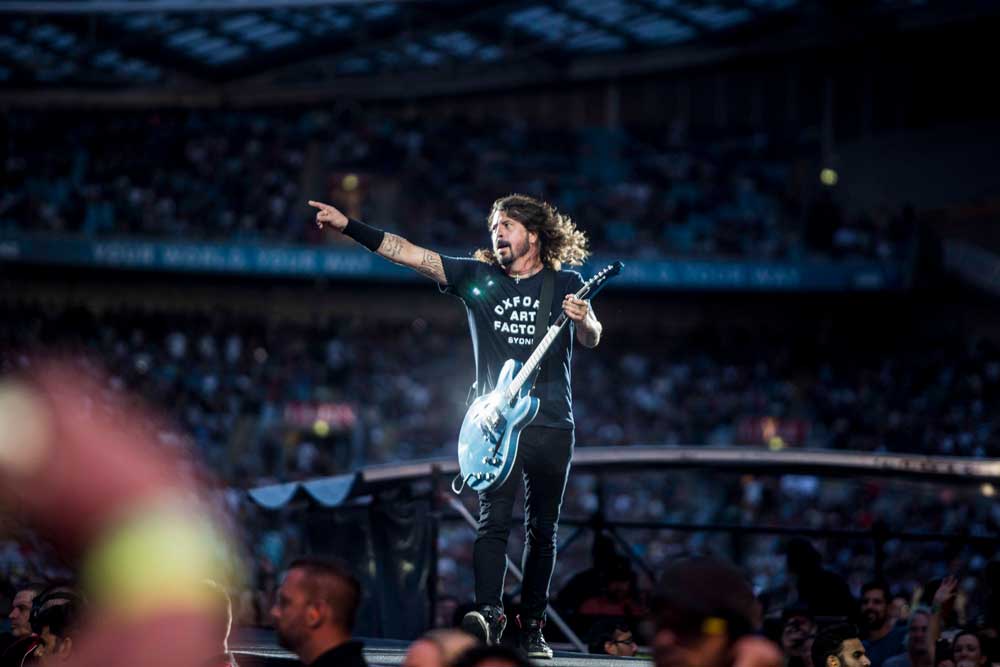 Foo Fighters have continued to fuel rumours of new music in a statement today celebrating their 25th anniversary.

In a post issued on Twitter, the rock icons said, "Thank you guys for being with us year after year… for singing along & making every show the best night of our lives.

The post comes after drummer Taylor Hawkins appeared on The Green Room with Neil Griffiths podcast late last year and confirmed the band are working on the follow-up album to 2017's Concrete & Gold, though a release date is still "far off".

"I can't really divulge too much 'cause I don't really know too much, 'cause they don't really tell me that much. I've got the biggest mouth in the band!"

Though he couldn't give specific details about what's in store for 2020, Hawkins teased that the band will be very much active.

Listen to the full The Green Room episode with Hawkins on Spotify, Apple Podcasts (below) or SoundCloud.