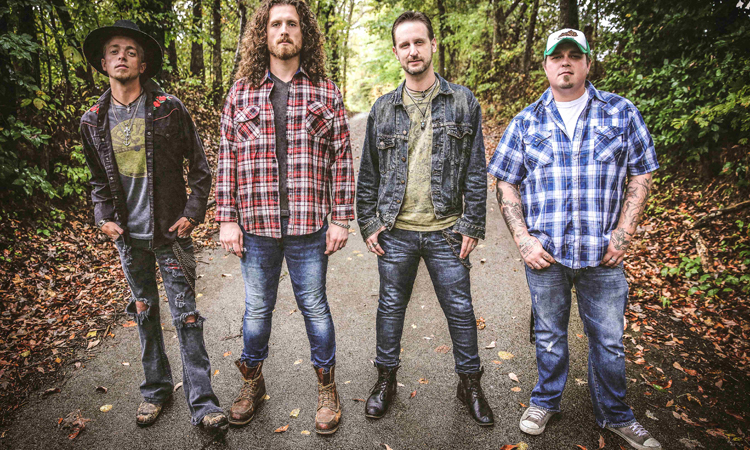 Hard Rock Heroes BLACK STONE CHERRY have had a dynamite year. They've dropped their latest record KENTUCKY worldwide, they've toured Australia with Steel Panther and they have done the biggest show in the world, Wembley Arena earlier in 2016.

The Good ol' boys from Kentucky, USA are today announcing their April 2017 Australian tour, via promoters MJR Presents. The tour takes in amazing, iconic and vibing venues in Brisbane's The Triffid, Sydney's The Factory Theatre, Melbourne's Corner Hotel and Perth's The Capitol.

Black Stone Cherry will be arriving in Australia hot on the heels of their tour down under earlier this year with Steel Panther, where they wowed full houses early on. That was the band's maiden voyage down under and they are returning ASAP to cement their place in Australian audiences' hearts.

Australian crowd-favourites blues-rock legends CHASE THE SUN are joining the tour as special guest support - and they themselves will have a new album out in time for this good-times, rough-and-tumble rock tour.

Drummer for the Southern-Rock outfit, John Fred Young, is excited for the speedy return to the land down under. "We had such a kick-ass time in Australia with Steel Panther, that we just had to back it up straight away. There's not many places in the world where we have had as much fun playing to such receptive audiences and we met a whole bunch of people that we just want to get back there to see you all again. We can't wait.'

The band's many singles and albums have inspired rock radio success in the UK and US, including "White Trash Millionaire" and "Please Come In"; all driven by the vocal charisma and lead guitar shred of Chris Robertson, the dynamic crunch of guitarist Ben Wells, the rhythmic pulse of bassist Jon Lawhon and the always-in-the-pocket groove of drummer John Fred Young.