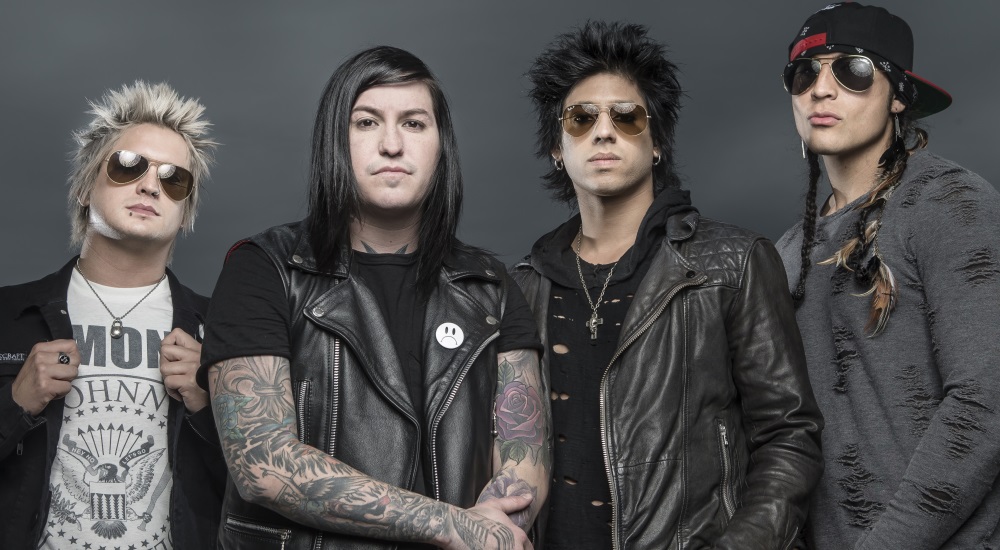 Las Vegas natives, Escape The Fate have been slaying it on their current world tour and Australian fans will finally get their chance to witness a full headline tour this October...

"We're coming for everyone and we aren't taking any prisoners," says vocalist Craig Mabbitt.

They've always done it their way and now with Hate Me sees them coming together as a team with their most stable line up in the bands history, Hate Me is Escape The Fate as a unity of musicians who worked together both musically and lyrically and the result is an album forged in stone.

"Hate Me has a powerful blistering set of new sounding melodic hardness that will have you listening to it over and over again, and possibly breaking everything in your livingroom as well!" - Maximum Threshold.

Stadium wrecking hooks, jackhammer breakdowns abound, Escape The Fate are bruisingly motivated and in the best shape of their career, meaning that fans are about to witness a new level of intensity and honesty in the bands live show. But don't just take our word for it...

"After a deafening crowd chant that lasted several minutes, Escape the Fate stepped right out of their records for an hour of intense thrashing, strutting, and seizure-inducing lights." - Consequence Of Sounds, CHICAGO.

"Their energy and attitude have both gone up to max during this album cycle and it translates to the stage as nothing but sheer intensity. In Indianapolis, the crowd saw the emotion and aggression and fed it right back to the band, equalling one of the most memorable shows of the year." - The Front Row, INDIANAPOLIS.

"It's Saturday night and Rescue Rooms is sold out, with fans screaming every word right back into Craig Mabbit's face as they kick off the set with just the right amount of vitriol." - Nottingham Post, NOTTINGHAM, UK.

You want it, Escape The Fate have it in their arsenal - circle pit inducing breakdowns, head banging riffs, air guitar shredding solos, phones (lighters) in the air ballads...Australia fans...brace yourselves!!!