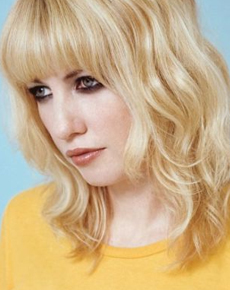 Buy Tickets
New Zealand singer-songwriter Ladyhawke (Pip Brown) has announced her first Australian tour in three years, with the release of her new album Wild Things set for next month.

The critically-acclaimed multi-instrumentalist revealed her previous reliance on alcohol to overcome social anxiety (her first ever sober show was last December), but has since quit drinking and focused on getting healthy. This newfound clarity is evident in her blissed-out new album — her first release since Anxiety in 2012.

Brown worked on Wild Things for a year with producer Tommy English, who she met through her LA neighbour, tattoo artist/musician Kat Von D. The album has been described as "a riot of good vibes" (Noisey) and "a well-rounded, fully complete project that seeps into your bones and gets you revelling in life's uninhibited moments" (NYLON).

She will play Brisbane's The Zoo (14 July), Sydney's Oxford Art Factory (15 July) and Melbourne's Howler (16 July). Tickets are on sale on 6 May, with pre-sale available on 4 May. See here for further ticketing info.

Wild Things is released on 3 June. In the meantime, check out the video for the album's first single, A Love Song, below.