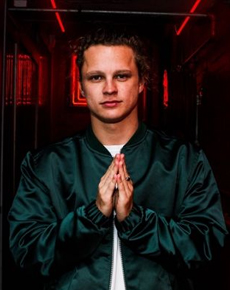 Buy Tickets
Ivan Ooze is literally on fire. Having just dropped mixtape, '93 KFC Rotisserie GOLD, the emcee has announced a huge 14-date national tour for later this year to gear punters up for his upcoming sophomore record.

Signing to Native Tongue just last week after an amazing turn as Wu-Tang Clan's support, Ivan Ooze's tour kicks off with Cairns' The Grass Is Greener festival on 23 April, after which he'll take on Bendigo's Groovin The Moo and 12 other shows around the country.