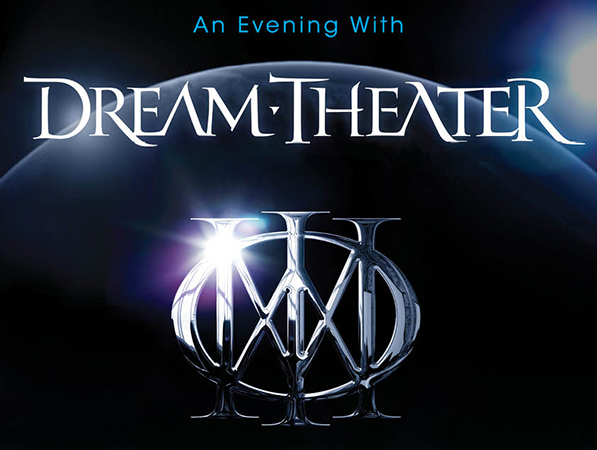 "For just under 30 years Dream Theater have basically been the hallmark of knowing how to play your instrument properly. And piss all over everyone else whilst you're doing it." - Metal Rules

"The prime proponents of progressive metal: a combination of old-school heavy metal wailing and unrepentant prog." - The Guardian

"Unbelievable live shows and a rabid fan base worldwide. Dream Theater continue to be at the top of their game" - Music Feeds

Metropolis Touring and Tombowler are delighted to announce the return of American prog-rock pioneers DREAM THEATER to Australia for two very special, exclusive and intimate performances in Sydney and Melbourne this October!

Since forming in the mid-80's, the group have consistently delivered sharp-edged music whilst the technically proficient guitar playing of John Petrucci has elevated DREAM THEATER to the upper echelons of contemporary heavy metal.

Considered supreme lords of the post-prog metal genre, DREAM THEATER incorporate everything from the experimental sounds of Pink Floyd, Rush and Yes with the metal edge of Metallica and Iron Maiden.

Since their last Australian shows back in 2009, the band have released two albums A Dramatic Turn of Events (2011) and Dream Theater (2013) and have since welcomed new drummer Mike Mangini to the line-up further defining the sound and direction of the band. DREAM THEATER will be bringing their near-3 hour show to Australia, entitled 'An Evening with Dream Theater', loaded with their trademark technical wizardry, musical proficiency and rotational set-list.

Thirty years, a dozen albums and 10 million albums sales, DREAM THEATER has always been about the putting in the extra yards for their loyal fans. Guitar World, Revolver, Metal Hammer, Rolling Stone, Spin, Classic Rock have all credited DREAM THEATER with various accolades throughout their career, but the band have always delivered engaging, resonant, technically masterful songs which have garnered them Grammy Nominations as well as incredible fans and critics raving.

"Whenever a band of the magnitude of DREAM THEATER comes to town, the excitement is palpable... with fans itching to share in an experience that only takes place once every few years" -FasterLouder

"A more epic and dramatic evening full of astonishing musical excellence and interplay you couldn't wish for." - Prog Sphere

'An Evening with Dream Theater' performance is loaded with nothing but the best and is hands down one of the finest Prog shows currently touring the world. Ensure you are one of the lucky ones along for the ride with DREAM THEATER on their two exclusive Australian performances in October!
Tickets On Sale Now!