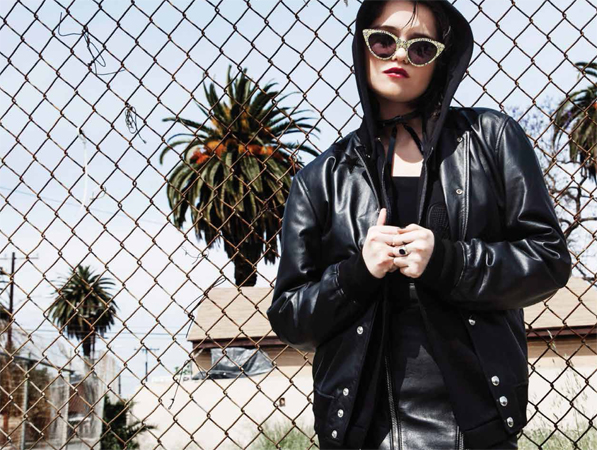 Brisbane-based singer songwriter Eves will open for Sky Ferreira when she plays her Sydney and Melbourne Splendour in the Grass sideshows this month.

Eves is the moniker of 19 year-old songstress Hannah Karydas who has been quietly writing and making music since the early age of 13.

Her singles Zen and Heavy and self-made clips, generated a healthy buzz throughout the international blogosphere and saw her named in triple j's Next Crop of 'ones to watch' in 2014.

And what a great year 2014 has been so far, Eves has attracted rave reviews for her Groovin the Moo Festival performances along with the Triple Treat Tour she co-headlined with Jesse Davidson and Jordan Leser.

After spending most of 2013 on 'ones to watch' lists Sky Ferreira's debut album Night Time, My Time more than delivered on the hype.

Sky is one of the hottest names in music right now. She blew away fans at her sold out, exclusive show in Sydney last March making her July Splendour sideshows performances not to be missed.
Tickets On Sale Now!