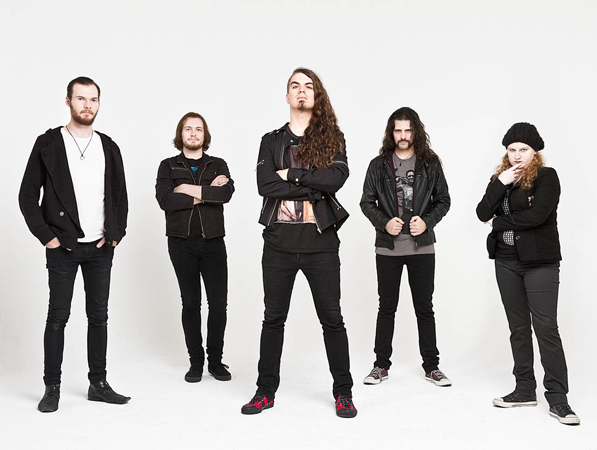 Believe the hype, the new album from legendary Perth progressive act Voyager, ‘V’, is their best yet, and quite simply one of the best albums you will hear this year. The album is a powerful but melodic feast for the senses, a bold and dramatic statement, and is unleashed on June 2nd through Bird’s Robe Records in Australia.

'The planets have aligned for Voyager on this record, and they have created their masterwork.' - Buzz Magazine

Now the band are very happy to announce an Australia-wide tour in support of the release, before they jet off to Europe to play the prestigious ProgPower Festival alongside Pagan’s Mind, Pain of Salvation, Chimp Spanner and many others. The tour kicks off on July 4th in Canberra, and takes in Sydney, Sunshine Coast, Brisbane, Melbourne and Adelaide before a tour finale in their home town of Perth. Come experience the power, the majesty, the might and the virtuosity that is Voyager live.

Joining the band on the tour is awesome Brisbane prog act Caligula's Horse, still touring off the back of their internationally acclaimed album of 2013, The Tide, the Thief & River's End. Local support comes from Toehider, Orsome Welles, Troldhaugen, Without Parachutes, Dark Symphonica, FreeThought, Weightless In Orbit, Eyes To The Sky, Renegade Peacock, Dyssidia, Voros & Tempest Rising.
Tickets On Sale Now!