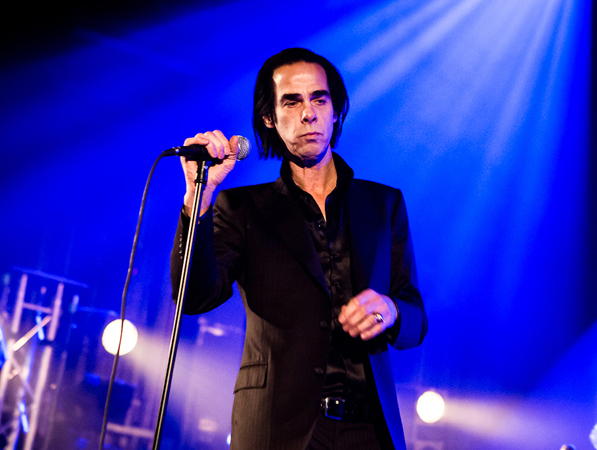 Nick Cave will visit Australia and New Zealand in November and December 2014 to perform a series of rare solo concerts. Supported by a small ensemble of musicians Nick will be presenting songs from right across his considerable catalogue, including from the stunning 2013 Nick Cave & the Bad Seeds release 'Push The Sky Away' which achieved pole position in the Australian and New Zealand charts (and five other countries). The record has since collected numerous accolades in Cave's homeland including gold sales status and two ARIA Awards (for Best Independent Release and Best Adult Contemporary Album).

The scope of Nick's creative output pushes beyond music with the 2014 release of the genre-defying film '20,000 Days on Earth', the debut directorial feature by British visual artists Iain Forsyth and Jane Pollard. The film portrays a fictionalized 24 hours in Nick's life. With startlingly frank insights and an intimate portrayal of the artistic process, the film examines what makes us who we are, and celebrates the transformative power of the creative spirit. The film made its World Premiere at this year's Sundance Film Festival, where it was awarded "Best Directing" and "Best Editing" Awards in the World Cinema Documentary category and was selected to open this year's Sydney Film Festival. The film is set to an original score by Nick Cave and Warren Ellis. '20,000 Days on Earth' opens theatrically in Australia and New Zealand later in the year.

Nick last toured the region in 2013 with the Bad Seeds for the release of 'Push the Sky Away' in what was a spectacular run of sold out shows in some of Australia's most revered live music spaces including the Sydney Opera House, Sidney Myer Music Bowl, Brisbane Riverstage and Red Hill Auditorium. This very special and more intimate concert tour will see Nick perform in some of the more majestic theatres and auditoriums in Australia and NZ.

"The aim is to try to create a unique show for Australia - something special and out of the ordinary" - NICK CAVE
Tickets On Sale JULY 3!