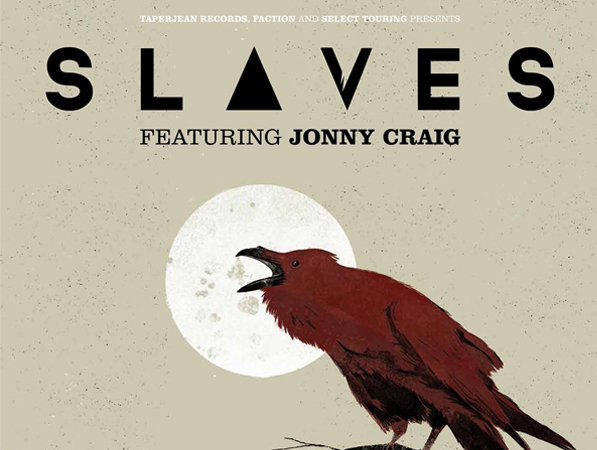 "Men have been enslaving men for as along as we've had gods to hide behind," Craig said. "Every man is a slave to what we love - whether it be women, drugs, music or sports. Through art we are all equals."

Former Dance Gavin Dance and Emarosa front-man – JONNY CRAIG has added another arrow in his musical quiver with the formation of SLAVES featuring Hands In Heart guitarist Alex Lyman. The bands debut album Through Art We Are All Equals will be released nationally on Friday July 4th via Faction / Sony music and features the singles Starving For Friends featuring Pierce The Veils Vic Fuentes' and The Upgrade PT II.

SLAVES features Craig's unique, critically acclaimed voice, which is drenched with emotion and rich with soul, leaving you salivating for more.

To coincide with the release SLAVES will be hitting our shores this October.
Tickets On Sale Now!