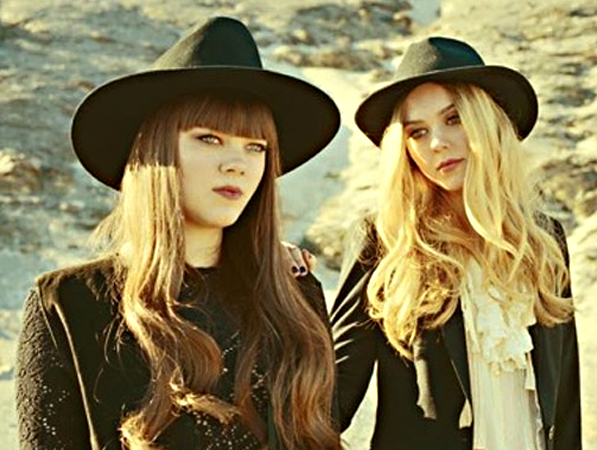 "The Swedish sisters seduced by American folk." - The Guardian
"Their 60 minute set was not nearly long enough." - The Vine
"Going from relative obscurity to sold-out shows, they sure know how to enchant a crowd." - Frankie Magazine

First Aid Kit, the duo of Swedish sisters Klara and Johanna Soderberg, will make a special appearance when returning to Australia with their new album, Stay Gold. Their closely interlocking voices, straight from the diary lyrics and sprawling four-piece band have come to mark the magic of First Aid Kit's lauded shows.

With the Joshua Tree skyline, heartache and highways as its evocative backdrop, Stay Gold picks up where 2012's The Lion's Roar and their 2010 debut, The Big Black and The Blue left off – its single, 'My Silver Lining's passionate folk and larger-than-life Americana a perfect foil for the sisters' extraordinary vocal harmonies.

A bona-fide contemporary sensation, First Aid Kit have appeared on the Late Show with David Letterman and Conan O'Brien, shared stages with Jack White, Lykke Li and Bright Eyes, and performed at Coachella, Primavera and Glastonbury. They'll also play the sold-out Splendour In The Grass festival when making their fourth tour of Australia in July.

Joining them in Melbourne is special guest Marlon Williams with his one-man Nashville via Christchurch Americana. A twice recipient of the New Zealand Music Award and a recent transplant to Australia, he will preview songs from his forthcoming debut album ahead of its October release.

Playing more intimate spaces than the 2012 visit which saw them front a sold-out, awe-struck Forum Theatre in Melbourne and the Concert Hall of Sydney's Opera House, First Aid Kit will showcase the ten new songs featured on Stay Gold including current single 'My Silver Lining,' alongside the cherished catalogue that has made them so globally adored.
Tickets On Sale MAY 6!