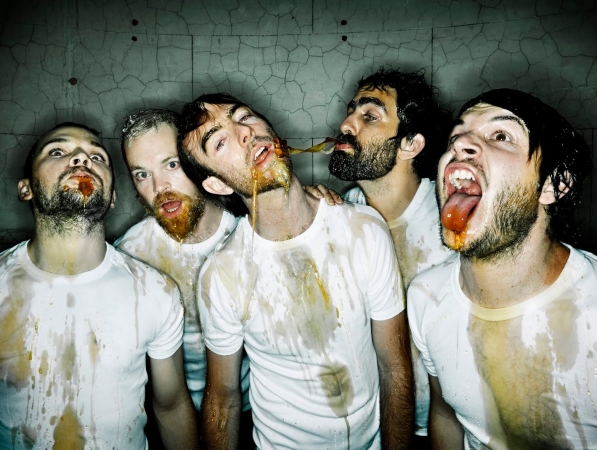 Perth prog rock titans Karnivool are pleased to announce some Australian headline shows in addition to their appearance on the Groovin The Moo Festival, as well as a full European tour to follow.

The band have been keeping a low profile since their epic team up with Dead Letter Circus on the 'Polymorphism Tour' but things are about to get busy once more.

The headline shows are limited to Sydney, Melbourne and Perth, including a repeat appearance at the Palace in Melbourne because hell, it was so much fun last time and there is still some work to be done saving the old girl.

Expect a set full of Vool highlights and a surprise or two. Needless to say the band are champing at the bit!

Not long after the dust settles in Australia, Karnivool hop on the plane again and head to Europe for the summer, playing an extensive run of festival appearances and headline shows including some new territories for the band. Karnivool are very happy to be messing up the stage and testing the bottom end at such festivals as Rock am Ring and Rock im Park (Germany), Sonisphere (UK), Volt Festival (Hungary), Provinssirock (Finland) and Novarock (Austria) with many more shows to be announced... Can't wait for that one either!
Tickets On Sale Now!