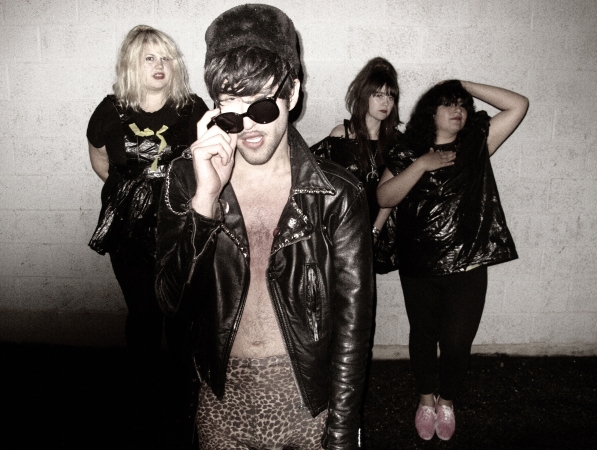 After a debut tour in 2012 playing Sugar Mountain Festival, MONA FOMA, and tearing across Australia playing some riotous sold out shows; HUNX AND HIS PUNX are cruizin' and bruizin' their way back into town. Hand-in-hand with lovers SHANNON AND THE CLAMS, they'll make for the sweetest love-struck line-up. They'll be taking on co-headlined shows in Melbourne, Sydney, Brisbane and Perth, this is a tour you won't want to miss.

Known for their trashy bubble-gum punk and unforgettable live shows, HUNX AND HIS PUNX have captured the attention of queers and squares alike. Their genre crushing mix, echoing early 80s hard-core, 90s grrrl sounds and likened to the female version of The Misfits, is displayed at its fullest in 'Street Punk', released in 2013 via Hardly Art. 'Street Punk' spits out the catchiest and most hateful punk songs heard in eons, so get bent!

Oaklandites, SHANNON AND THE CLAMS are forging a name for themselves around the world with a distinctive blend of 60s girl group sounds and the drippings of West Coast garage rock. It's a mix of pop ballads, doo woppers, bomp stompers and punk rippers, country clippers and some psych-o trippers. Blazing through the touring scene with endless Burgerama's, SXSW sideshows and Psych Fest freak-outs, SHANNON AND THE CLAMS have squeezed in a short trip down under!