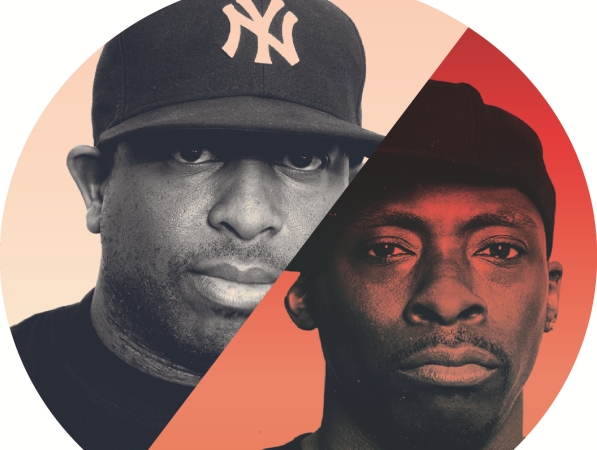 Hip-hop heads rejoice. Illusive and Frontier Touring are elated to kick off a brand new concert concept with two of the genre's most iconic producers of all time. Collusion, a new event series which revolves around collaborative artist performances, will see its first instalment in May with incomparable hip-hop legends DJ Premier and Pete Rock. Premo and Pete will be performing massive co-op DJ sets across the country in what will be an extremely rare experience.

DJ Premier, arguably the greatest hip-hop producer in history, carries an unbelievably impressive CV. Emerging with the late Guru as half of the boundarycrossing duo GangStarr, he established himself as the face of the famed New York sound during rap's '90s golden era. He produced some most iconic songs on some of the most acclaimed hip-hop albums of all time including Nas' 'NY State of Mind', 'Memory Lane' and 'Represent', Biggie's 'Kick in the Door', 'Ten Crack Commandments' and 'Unbelievable', Jay-Z's 'D'Evils', 'Friend or Foe' and 'Bring It On' to name just a few. Throw in Big L, Mos Def, Snoop Dogg, Kanye West, KRSOne, D'Angelo and Big Daddy Kane and you start to get an idea of his stature .

Alongside Premo atop the summit of legendary hip-hop producers stands the one and only Pete Rock. Rising to prominence as part of the seminal New York duo Pete Rock & C.L. Smooth in the early '90s, Pete went on to become one of the most beloved and respected hip-hop producers the genre has ever seen. He is behind classic beats by the likes of Rakim, Nas, M.O.P., Run DMC, Raekwon, Big L, Heavy D & The Boyz, Ghostface Killah, Das EFX and Boot Camp Clik. More recently, contemporary icons Kanye West and the late J Dilla both have listed Pete Rock as a major inspiration behind their sound, clearly illustrating his enormous impact on the culture.

Together, Pete and Premo will create the most formidable hip-hop production duo you're likely to see on stage, ever. As producers they are in a league of their own and as DJs are considered some of the best in the game. Do not miss this.
Tickets On Sale March 20th!