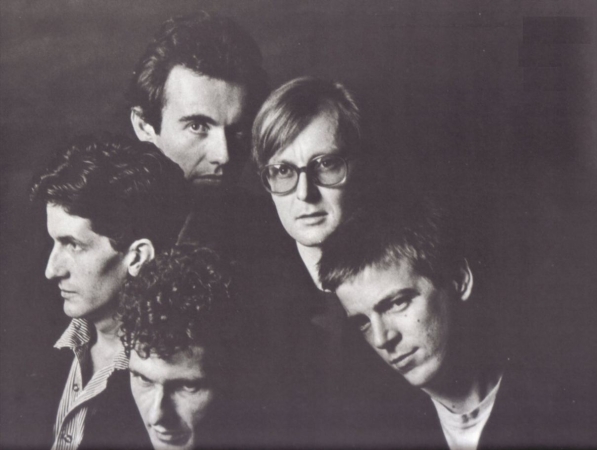 Iconic Australian rock band, Mondo Rock are hitting the road this June for the first time in 24 years, but this time with the classic line-up not seen since the Summer of '81. Ross Wilson, Eric McCusker, James Black, Paul Christie & Gil Matthews are reuniting for this very special run of national shows. The tour coincides with the 33rd anniversary of the bands breakthrough album, 'Chemistry', which spawned four massive hits.

Mondo Rock started out as a quintessential pub rock outfit and quickly developed into one of the most prominent bands of the burgeoning live music scene of the 80's. The band dominated the charts and was influential from its inception in 1976 until the last tour in 1990. Playing their trademark electric performances to packed houses across the nation and with a string of sophisticated albums to their name, Mondo Rock were one of the most popular acts of the 80's.

As Mondo Rock prepare to take the stage once more, fans can expect to experience the same musical pleasure all over again - the concert will be a two hour, all Mondo affair, with the first half being a performance in full of the 'Chemistry' album, including the Top 40 singles: 'State of the Heart', 'Cool World', 'Chemistry' and 'Summer of '81'. The second half will cover other highlights of the band's career and will include album favourites, rarities and of course, other hits such as 'No Time', 'Fugitive Kind' and 'Come Said the Boy'. Eric McCusker says "I'm really excited about Mondo's first national concert tour in 24 years, it's a great line-up, terrific to have Gil Matthews drumming. Some recently unearthed live recordings with this line-up show what a fierce live band it was. We can't wait to play the 'Chemistry' album as a piece for the first time and we are really buzzed about the chance to play for the real fans again after all this time!" Ross Wilson also shares his sentiments "Getting back together with the original 'Chemistry' era Mondo Rock members, I imagine, is like when war veterans get back together 'you had to be there, no one else understands' kind of thing. And then when we do re-unite, we'll raise all kinds of musical hell".

A limited deluxe edition, double CD & 20 page book version of the 'Chemistry' album with bonus tracks, B-sides, previously unreleased demos and live recordings, will be released by Aztec Records on May 2. The remastered 'Chemistry' album is available on iTunes now.

Mondo Rock are back - be sure to get in early so you don't miss these very special shows.
Tickets On Sale Now!