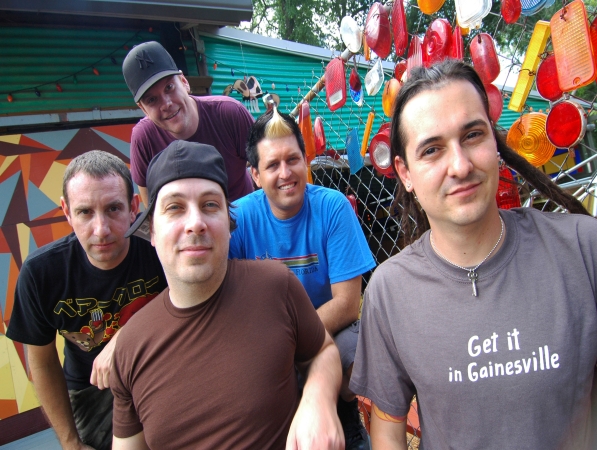 Effusive, cathartic, influential and brilliant, LESS THAN JAKE never fail to bring the good times and Australian fans will lose their shit as the band take to the stage in Sydney and Melbourne with pop punk perfectionists BOWLING FOR SOUP and the distinctively punk inspired ZEBRAHEAD!

With over twenty years clocked up LESS THAN JAKE are a band obsessed with interacting with its fans, both online and after shows; a band that is so concerned with making sure the fan gets the perfect experience, with well-known hijinks in every live performance; a band with seemingly unlimited creativity and a band that is so passionate when writing new music, 20 years begins to seem like an even longer amount of time. With the release of the 2013 'Greetings And Salutations' this sentiment is as true as ever! "...this is exactly what fans want and need: twelve more ska-punk gems to rattle their brains. Happy anniversary." - punknews.org

The unswervingly upbeat BOWLING FOR SOUP will be popping their Soundwave cherry this Summer. To celebrate, the lads will be joining this kickass Sidewave and will be bringing their gleefully unsophisticated songs about losing in love, hanging out with your mates and drinking loads of beer! Bowling For Soup's new album 'Lunch. Drunk. Love.' is chockers with hits, hooks and more undiluted HAPPINESS per song than should be legally allowed by law! "The band once again delivers their upbeat and uplifting brand of polished pop punk." - AbsolutePunk.com

Punk inspired rock outfit ZEBRAHEAD again bought their distinctive fun-filled sound to the masses with the worldwide release of 'Call Your Friends', which was released last year. 'Call Your Friends' is the bands tenth studio album since their incarnation and together they have shared highs and lows, sold over 2 million albums to date and toured the globe nonstop. They are again back and ready to blow fans away in Sydney and Melbourne for just 2 shows only!