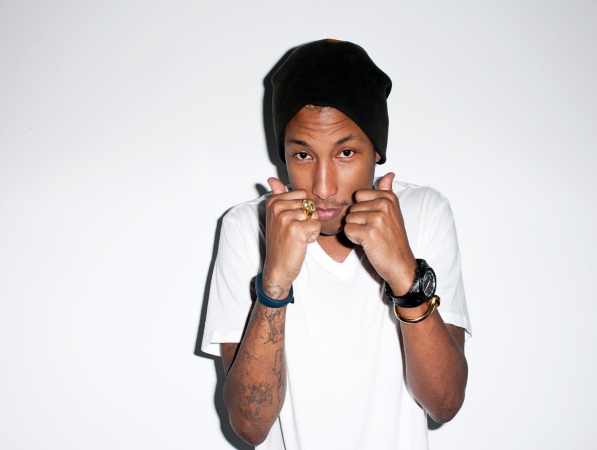 The organisers of Future Music Festival 2014 have announced that one of the biggest names in pop, hip-hop, and R&B, Pharrell Williams, will tour Australia this March as a headlining addition to FMF 2014 in Sydney, Melbourne and Adelaide, with sideshows set for Perth and Brisbane.

"Australia is such a fun place for music - I've always had amazing experiences there. Looking forward to seeing all the fans come out for Future Music Festival - can't wait to perform and show them my gratitude," said Pharrell, who's coming off a year spent at the top of the charts.

2013 saw the man known as Skateboard P score hit singles with Robin Thicke and T.I., as well as his own, Oscar-nominated number one with Happy, for which he unveiled a world's first 24-hour music video starring Magic Johnson, Steve Carrell, Jamie Foxx, and Jimmy Kimmel.

Since Pharrell will be attending the Oscars ceremony in Los Angeles, Future Music organisers have announced that Perth and Brisbane will each receive a special sideshow. FMF 2014 ticket-holders in these cities will be offered an exclusive discount to the shows via an emailed pre-sale offer.

GQ Magazine's 'Hitmaker of the Year,' Pharrell is known for his work as The Neptunes with co-producer Chad Hugo, who are behind some of the most enduring pop and hip-hop tunes of the new millennium, including hits by Snoop Dogg, Britney Spears, Justin Timberlake, and Jay-Z.

See one of the most creative minds working in music today live, before he unveils his much-awaited second solo album, the follow-up to 2006's 'In My Mind'. Also appearing at Future Music Festival 2014 will be Deadmau5, Macklemore & Ryan Lewis, Phoenix, Hardwell, and many more.