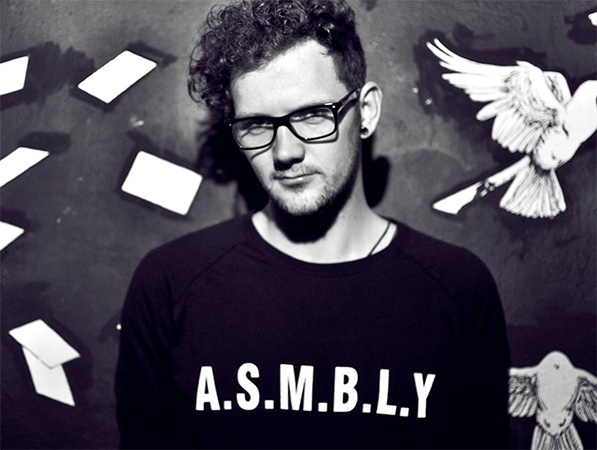 “Given The Chance is an absolute pinnacle of electronic production that sent the music blogosphere into a tailspin… well deserving of the title of Hillydilly's Best Australian Release of 2013” – Hillydilly.com

“One of the major players on the Australian scene…a phenomenal response to such a great track” – Richard Kingsmill, triple j Music Director

Off the back of a stellar 2013, producer on the rise The Kite String Tangle (aka Danny Harley) is darting around the country once more this February.

Gorgeous breakout single ‘Given The Chance’ gained massive traction online (almost 750k Soundcloud plays to date) and at radio. That single helped secure TKST a place in triple j’s 2014 Next Crop and win the triple j unearthed spot at the inaugural Falls Festival in Byron Bay as well as a completely sold-out national tour last November.

The tour takes in most major Australian cities. Support for all dates comes from Sydney beatmaker KILTER who continues to cement his name as one of 2014's hottest tickets, creating buzz both on the domestic and international scene. Along with his recent original "Hold Me", Kilter's recent remixography includes work for Ben Pearce, Rufus, Shapeshifter, Snakadaktal and M0. Along the way he's picked up a #1 spot on Hypemachine, Top 10 for Hillydillys ‘Best Remixes of 2013’, Spotify's ‘Tipped for 2014’ and a place in InTheMix's ‘New Breed of Producers To Watch’.

These will be TKST’s last shows before leaving to the U.S. (where he has just picked up booking representation by The Windish Agency) to play several showcases at SXSW this March.
Tickets On Sale Now!