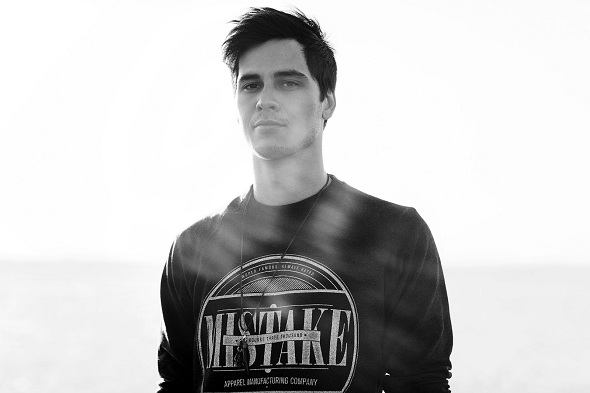 Brisbane acoustic hardcore singer/songwriter D At Sea has announced a huge national run of summer shows. The 17 date Summer Chills Tour travels all across the country and sees the beautifully talented Millie Tizzard coming along as main support.

D At Sea gained notoriety back in late 2011 when his acoustic cover of Parkway Drive's 'Carrion' became a viral hit garnering thousands of new fans from right across the globe. That same clip has now had close to one-million plays. Since then D At Sea has utilised this platform to secure a legion of loyal followers.

In March this year D At Sea released his first original work through UNFD titled the 'Unconscious' EP. The release was incredibly well received, charting at #18 on the ARIA Australian singles charts. The subsequent headlining tour saw him play to sold out audiences in Melbourne, Brisbane, Adelaide and Perth as well as touring nationally with Tonight Alive and landing slots on Pushover Festival and the Warped Tour.

Following his successful debut release and touring D at Sea embarked on a secretive trip to New York which caused a bit of a stir on his social sites.

Search #anchorsanddiamonds on Instagram and you'll find mysterious photos of recording shoots and other random occurrences... hopefully this will all be explained soon.

Each Friday in the lead up to the tour D At Sea will be uploading exclusive never before heard material via his YouTube page. The first of which is a brand new original single titled 'Forever Alone'.