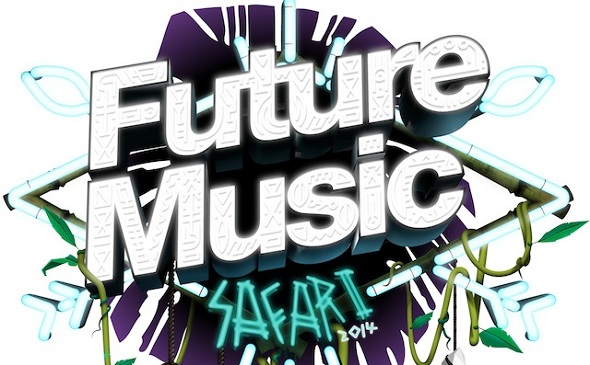 Future Music Festival 2014
First Artist Lineup Announced!
It's the moment ravers, D&B-heads, two-steppers, trance addicts and house fanatics wait all year for, the first lineup announcement for Future Music Festival 2014 is finally here and it's one of the festival's most jam-packed lineups yet. Sitting at the top of the FMF 2014 bill are Deadmau5, Macklemore & Ryan Lewis, and Phoenix, with a slew of hot acts filling out the roster.

Drum & Bass masters Rudimental had already confirmed their presence on the FMF 2014 stage to Music Feeds, and have now confirmed the strong rumours of Eric Prydz and Dubfire's 2014 Down Under trips.

With more acts still to be revealed, Future Music 2014 is already destined to be the biggest dance event of the year, giving EDM obsessives and casual fans plenty of reasons to celebrate. Tickets are priced at $160 + bf and service charge, with tickets for the Adelaide event going for $155 + bf and service charge.

The moral compass of modern dance music, Deadmau5 will be making his long overdue Australian return right at the pointy end of the FMF '14 line up. The last time Deadmau5 A.K.A Joel Zimmerman unleashed his next-level set upon Australian audiences was back in 2011 so this will be his first stint down under with Album Title Goes Here or perhaps even an even fresher album by then.

This is f***ing awesome! The duo behind the mega hit of 2012/2013 Thrift Shop truly need no introduction. The pair were in town supporting their buzz at the start of 2013 so we've clearly done something right to have them back so soon.

The French guitar pop ensemble have maintained a solid relationship with their Australian fan base. Having dropped their latest album Bankrupt! a couple of months ago, coupled with the fact that the band said they had early-2014 in mind to head Down Under, an appearance at Future Music Festival 2014 is no surprise. Phoenix were last in town back in 2009.

This Dutch electro house star was just here for FMF 2013, but just can't seem to get enough of the Australian crowds. He's toured with Tiesto, released some of the biggest club hits of the past decade and now he's returning Down Under to rock Australian audiences once again.

Two of Australia's own electronic superstars make up this genre-merging duo. Rob Swire and Gareth McGrillen are both members of a little group called Pendulum and with that kind of EDM pedigree, you can be sure their FMF 2014 set will be electrifying and heavy.

Speculation that the Call On Me hit-maker would make the trip Down Under in 2014 has been mounting for a while, reaching critical mass in the last few days. The confirmation that one of Sweden's top house producers is finally on his way here after cancelling a 2012 tour has made a lot of Aussie punters very happy.

These London boys assured us that they would be on the Future 2014 lineup and they're not ones to break their word (just their beats). Returning in 2014 for the fourth time in just over a year, these guys come with some considerable, chart-topping drum & bass chops in tow.