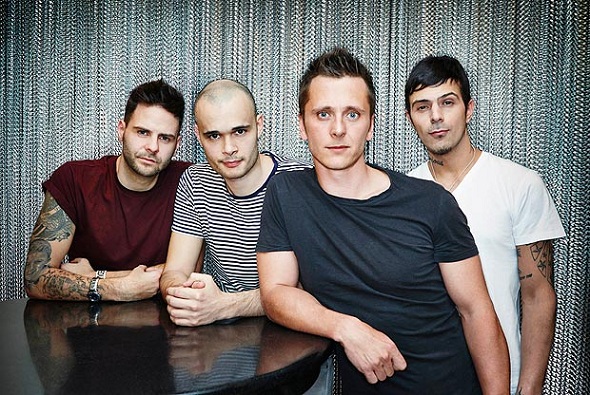 Following on from hugely succesful tours with the likes of Hanson and Aqua, KillPOPStar Entertainment present in Australia for the first time since 2001, recently reformed UK pop superstars FIVE. FIVE enjoyed incredible worldwide success in the late 90s with their keen pop sensibility and polished hip-hop inspired sound. Members Ritchie Neville, Scott Robinson, Richard 'Abs' Breen, Jason 'J' Brown and Sean Conlon were hand-picked from 3,000 hopefuls at an audition set up by the creators of the Spice Girls. In a career that saw them sell 20 Million records FIVE enjoyed incredible success in Australia scoring three Top10 albums and eight Top10 singles over the course of their career.

The band were recently the feature artists on the universally successful UK reality TV show 'The Big Reunion' and headlining a SOLD OUT UK wide arena tour that included a guestspot on this years' V FEST. 2014 is coming up Five! The band's debut album FIVE debuted at number 1 on the UK chart in 1998. A string of hit singles flowed on from its release including Slam Dunk (Da Funk)", "When The Lights Go Out" and "It's The Things You Do." Their second album, Invincible which included the hits "Everybody Get Up", "Got The Feelin'" and "Until The Time Is Through" were all released throughout 1998, reaching the top 5 in different countries around the world, reinforcing that Five had well and truly made their mark in the world of Boy Band mania. The following July they topped the UK singles chart with an inspired cover version of Queen's 'We Will Rock You'.

FIVE's third album was premiered by August 2001's chart-topping single, 'Let's Dance', but shortly afterwards the quintet announced they were splitting up. After a shortlived reunion in 2006 the band announced they would be reforming minus Jason Brown in 2012 and continuing as a four-piece with plans for a new tour and new material. Later that year it was announced that FIVE would be taking part in an ITV2 documentary series called The Big Reunion. The show featured six bands including FIVE, Atomic Kitten, 911, B*Witched, Liberty X and Honeyz all reuniting for the first time in a decade and undergoing two weeks of intense rehearsals before stepping out on stage for a comeback performance at the Hammersmith Apollo. The show was a breakout success drawing a huge UK TV audience. With interest in the group reignited, a new FIVE Greatest Hits album released and a renewed sense of excitement for touring the band are bringing their string of international hits live downunder to perform what is sure to be one of the pop tours of 2013.