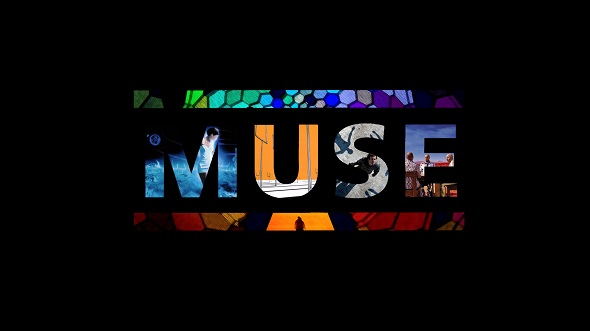 The Frontier Touring Company are thrilled to confirm that Muse, the band voted Best Act In The World Today at 2012's Q Awards, will be returning to Australia this summer for a run of electrifying arena shows.

A long way from their humble roots as a Devon-born band of school friends, Muse has now sold more than 15 million copies of their six phenomenal studio albums worldwide and have 7 MTV Awards, 2 Brit Awards, 9 NME Awards, 6 Q Awards, 4 Kerrang Awards and winner of the Best Rock Album Grammy 2011 to their name.

Muse's Australian fan base has been with the band for every step of the way, from their first ever shows Down Under in 2000 playing two shows at a pub and an RSL on Australia's East Coast to this year's tour which will see them blasting their anthemic songs across arenas filled with adoring fans.

The love for Muse Down Under extends beyond their live show - the band has achieved Platinum status four times in Australia with their studio albums and their powerful track 'Knights of Cydonia', taken from their Mercury Prize nominated album Black Holes and Revelations, took the top spot in 2007's triple j's Hottest 100 and reached #18 in the station's Hottest 100 of All Time poll.

The 2nd Law (out now through Warner Music) marks Muse's sixth offering from the studio and both celebrates and expands on the guitar shredding, piano-thumping, big-thinking sound that the band is acclaimed for.

The band cite inspirations ranging from classical composers Rachmaninoff and Berlioz, to legendary Hollywood composers Hans Zimmer and John Williams, to the soundtracks of epic sci-fi films as influential figures in the creation of the album. The influence of these lush and cinematic sounds can clearly be heard in the orchestral soundscapes found in The 2nd Law.

"Contemporary rock's most ambitious and exciting trio... Muse are superstars" - The Daily Telegraph "The greatest, most ridiculously enjoyable rock band in the world" - NME
"They've emerged with all guns blazing. A high watermark in their creative ambition" - Q
"This is a band at the peak of their powers" - GQ 'The Muse boys are out of this world" - The Sun

Stepping outside the box for their sixth release, the band forayed into experimental instrumentation including the sound of lead singer Matt Bellamy's at-the-time unborn son's heartbeat on the track 'Follow Me' and a sample of bellowing Wall Street stockbrokers on the song 'Animals'.

Joining Muse as special guest for all show dates on their Australian tour will be home-grown rock icons Birds Of Tokyo. The band's insistent, bittersweet, rock sounds have resonated deeply with both fans and critics, putting their anthemic songs across the airwaves, at the top of the charts and featured in 'best of' lists across the country.

In March this year, Birds of Tokyo released the highly anticipated follow-up to their breakthrough album. Creating the new album, 'March Fires' was a journey of exploration and reinvention for the band. It's a story of burning down the old and coming together to build something new. Spearheaded by the album's first two singles 'This Fire' and 'Lanterns', the band's fourth studio album 'March Fires' debuted at #1 on the National ARIA Album Chart - the band's first ever #1 record. The album was certified gold within weeks of release and triple platinum single 'Lanterns' has become the most played song on Australian radio in the first six months of 2013.

Currently touring across Europe and the United Kingdom, Muse has brought their A-game with a stage show that includes 140 crew members, 26 equipment trucks and bomb-sized pyrotechnics.

"The epithet "The Greatest Show on Earth" gets overused, but it's hard to see where live rock can go from here. That Muse are having the time of their lives is obvious, it's just a shame that they might now have killed stadium rock for everyone else."- Q Magazine

This is Muse in their finest form yet and lucky Australian ticketholders will have the opportunity to hear these new songs in the forum they are meant to be performed in. Don't miss the opportunity to see this once-in-a-lifetime event, tickets go on sale from 12noon local time on Monday 29 July.