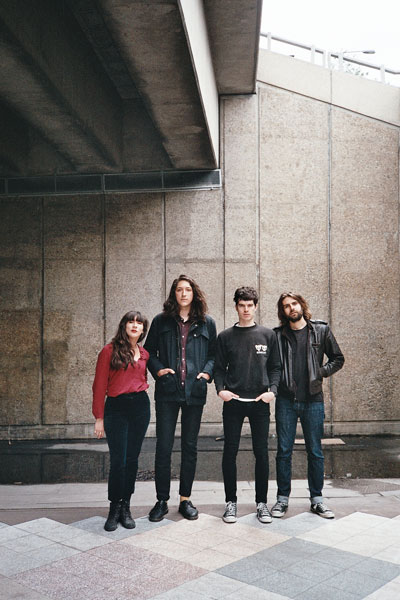 Cloud Control are happy to announce that they will be heading out on an extensive national tour this September in support of their highly anticipated forthcoming sophomore album, Dream Cave.

After receiving rave reviews for their recent performance at Sydney's Vivid Festival, the band will return to their homeland to play tracks from their latest offering, as well as songs off their beloved, AMP Award winning debut Bliss release.

Supported by Sydney's Palms, who have been winning hearts with their indie-pop tunes including current single, radio favourite 'This Last Year', this will be the perfect opportunity for all those who missed Cloud Control at their recent Splendour performance, to catch the band before they head off to tour the US and UK.

With the first official single off Dream Cave, 'Dojo Rising' currently topping 'most played' lists on radio and blogs the world over, there is no doubt that Cloud Control have done some serious growing over the last three years they've spent living, writing and playing in the UK.

Earlier this year the band shacked up in the picturesque English countryside of Kent with producer Barny Barnicott (The Arctic Monkeys, Kasabian, Spiritualized) to put down the 11 tracks that make up Dream Cave, a record that promises to cherish their elegant psychedelic pop, whilst exploring a treasure trove of new influences and a progressive direction.

Don't miss your chance to see the band when they hit your city this September.