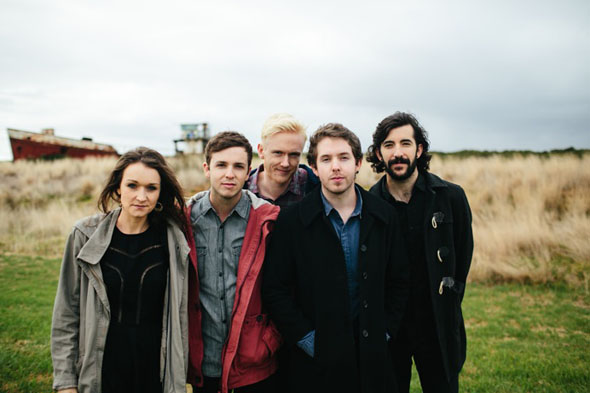 Amongst the flood of up and coming bands, The Paper Kites continue to build their loyal following, selling out numerous headline tours over the past 2 years and playing alongside acts such as Bombay Bicycle Club, Josh Pyke and Boy & Bear. This August, the band will release their highly anticipated debut album and will hit the road in September to celebrate the release.

The 10 date tour will kick off in NSW (including an All Ages show at The Metro) before heading to QLD, SA, WA and TAS before finishing off in their hometown at The Forum in Melbourne. The band have also included an U18 matinee show at The Hi-Fi in Melbourne as a way to thank their underage supporters.

Following the album tour, the quintet will cross waters in October for their North American debut, supporting City And Colour. The Paper Kites will provide support from Atlanta, GA to the west coast, including two dates at Club Nokia (Los Angeles).

The Paper Kites debut album is released August this year with the first taster to come in a couple of weeks. The national tour is onsale Friday 14 June, 9am and is sure to sell quickly.

Get all the details at www.thepaperkites.com.au
Tickets On Sale NOW!