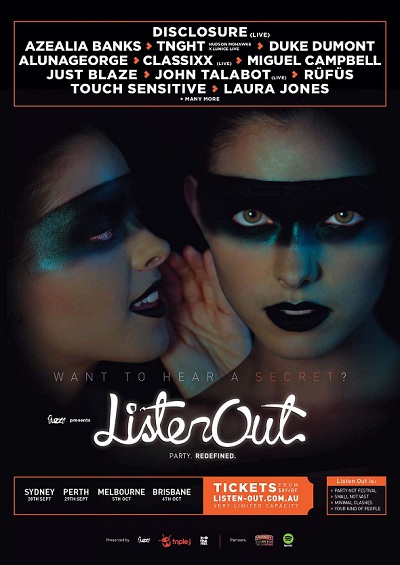 Bringing the party to you! Fuzzy recently announced no Parklife this year, however the crew behind the festival and other great events such as Field Day, Harbourlife and Shore Thing, has launched an exciting smaller party (not festival) - Listen Out - Australia's IDM (intelligent dance music) party.

Fuzzy is excited to announce the first ever line-up for 2013: