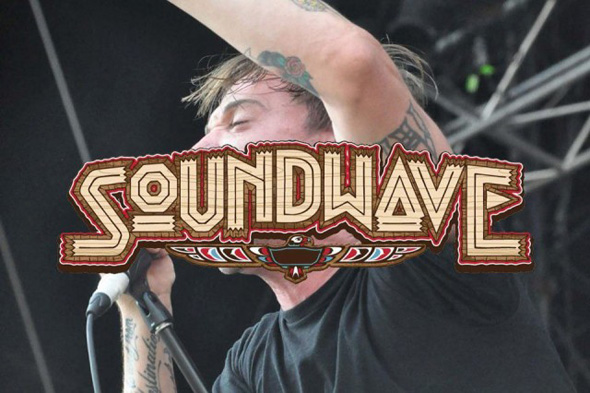 That's right, folks, it's time to start planning your sick day ask your boss for the day off because we've got the Soundwave 2014 dates in our hot little hands, straight from the mouth Twitter account of promoter AJ Maddah.

The confirmation came when a fan tweeted Maddah asking for 2014 dates and the promoter replied with "We start Sat Feb 22. Dates will follow same pattern as this year". That means the festivities will kick off in Brisvegas on the 22nd, with the festival coming to Sydney the following day and then to Melbourne on Friday 28th, Adelaide on 1st March and Perth on 3rd March.

The metal, punk and alt rock calendar highlight might be 9 months away but band rumours are already in full gear, with Shinedown, Crashdiet, Godsmack, Volbeat and Maximum The Hormone pretty much confirmed and Alice In Chains, Sevendust, HIM and Nine Inch Nails all looking pretty likely.