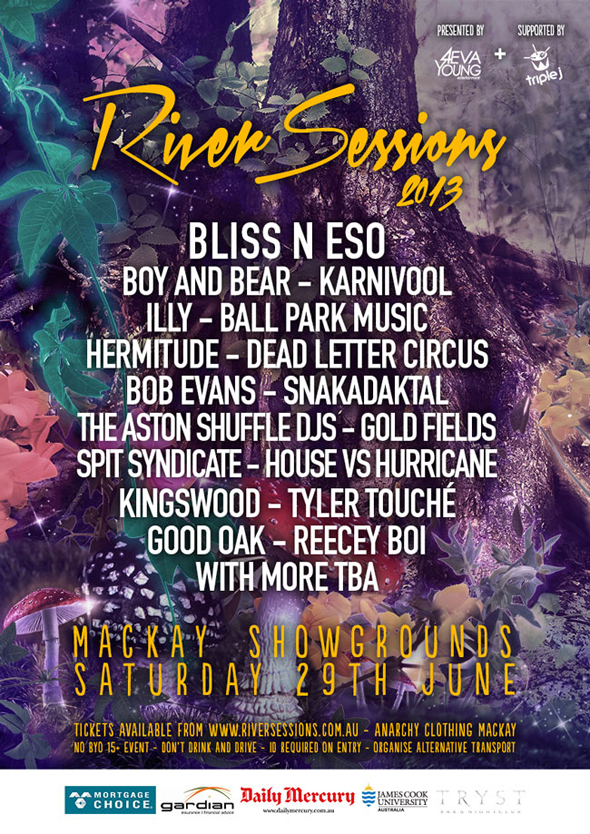 With anticipation for River Sessions, the largest single day non touring regional festival in QLD growing by the day 4 Eva Young Entertainment with the support of triple j are pleased to announce the first line-up release for Mackay, Whitsunday's and Central QLD's premier music festival. River Sessions will be held on Saturday the 29th of June at the Mackay Showgrounds. The second part of the line-up will be released on the 25th of April.