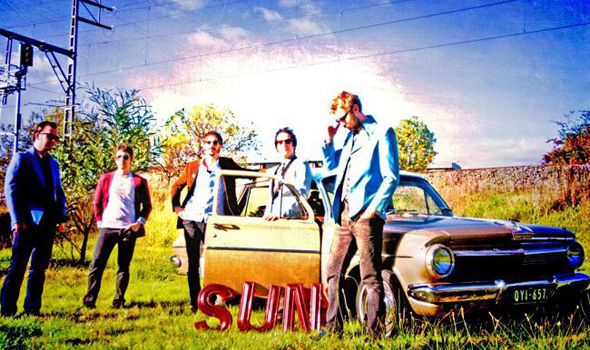 The name Sun Records... tantamount to greatness... the birthplace of Rock 'n' Roll.

For most the mention of Sun brings to mind the place where Elvis cut his teeth and his first record. For others it may be the altar at which we kneel, thinking of Jerry Lee Lewis and Carl Perkins, or its founder Sam Phillips, pacing the vinyl floor searching for the next hit record.

But beyond the big names, Sun Rising digs to uncover more music and stories that add to the Sun legacy.

Sun Rising plays absolute tribute to the golden era of Rock 'n' Roll presents a passionate and musically spectacular rendition of the Sun hit records we know and love, whilst also showcasing other hits from artists who Sam Phillips produced during this wonderfully fertile time in music history.

Original Melbourne music luminaries, David Cosma and Damon Smith have for years dreamed of Sun Records. They have silently worshiped their idols while pursuing their own original music, always knowing that at some stage they would team up to pay homage to the birthplace of Rock 'n' Roll. And so, with a world class rockin' backing band and a set list that is as hot as the Sun itself.