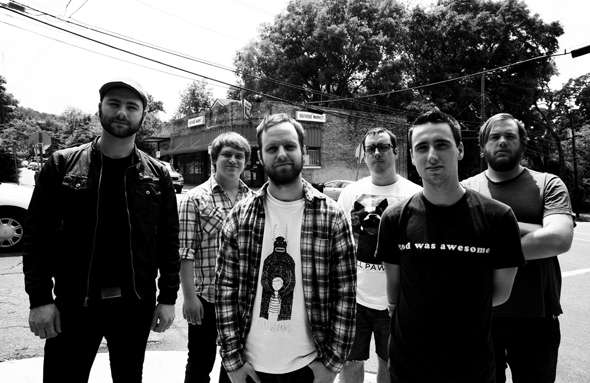 Soundwave Touring presents
THE WONDER YEARS
with Such Gold, Living With Lions & Versus The World

Engaging musicianship, reaching far beyond the repetitive droning of most of the genre, has made THE WONDER YEARS a critical darling even before their legion of fans began to take notice.

The band's current success can largely be traced to 'Suburbia I've Given You All and Now I'm Nothing' "which deservedly launched THE WONDER YEARS into a new stratosphere of popularity, and the obvious realization that Suburbia is a concept album." - Absolute Punk

SUCH GOLD have built up a huge groundswell of hype in a few short years, and for damn good reason too! Their debut album 'Misadventures' is a force to be reckoned with proves the band has "no intention of slowing down, literally or figuratively; It looks like Misadventures will be another waterlogged release" - Property Of Zack

LIVING WITH LIONS trademark dynamics and anthem-esque melody set them apart in the punk rock community. Their latest album 'Holy Shit', released by 3Wise Records, is maddeningly catchy and "here's hoping it's not another three years before we get another batch of top-down summertime ragers like this." - Alternative Press

VERSUS THE WORLD, featuring members of Lagwagon and The Ataris, exploded on to the scene in 2012 with their sophomore album 'Drink.Sing.Live.Love', released by 3Wise Records. With some of punks finest purveyors behind the wheel it's no wonder the album "runs the gamut from pop-punk, through to post-metal and melodic rock and succeeds at every turn it takes" - Hysteria magazine