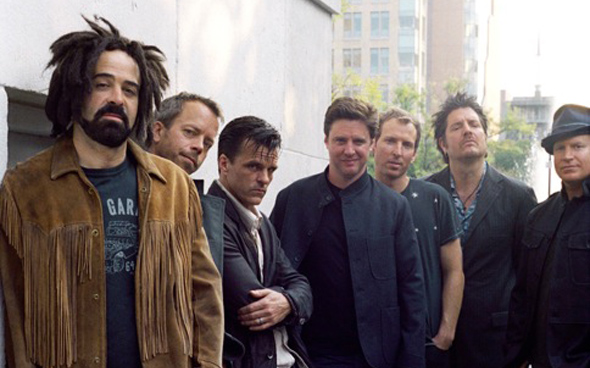 Following the April 2012 release of their first new album in more than four years, 'Underwater Sunshine (Or What We Did On Our Summer Vacation)', the American seven-piece head Down Under for a national tour beginning in Brisbane on March 27, and moving on to Melbourne, Perth and Adelaide, before winding up at Sydney's iconic Opera House on April 9.

With five studio albums, multiple live albums, a 'best of' album and soundtrack appearances, plus Grammy and Oscar nominations already under their collective belt, the Crows' sixth studio album 'Underwater Sunshine' offers something of a different depth and inspired direction.

The album delivers 15 beautifully interpreted songs from the early 1960s up to 2012, honouring lesser-known tracks from a varied range of artists including: Gram Parsons, Bob Dylan, Big Star, The Faces, Teenage Fanclub, Travis and Kasey Anderson.

The band most recently struck gold with the Shrek 2 soundtrack hit song 'Accidentally In Love' which was also nominated for an Academy Award for Best Song, plus a Golden Globe for Best Original Song.

Don't miss an evening with one of America's finest bands, COUNTING CROWS, on their 2013 national tour.