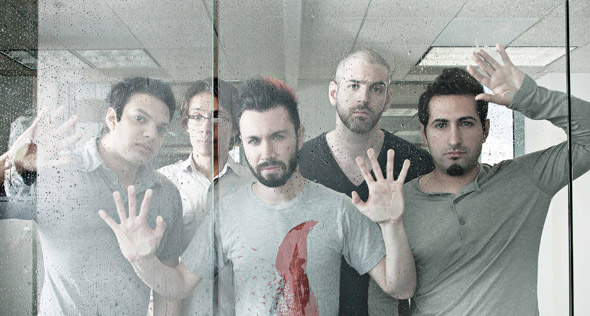 In just a few short years, PERIPHERY have blazed a trail of originality that has sent a shockwave throughout the metal world.

Exploring the complex uncharacteristic rhythms and technical precision of math rock with the brutality of progressive metal, PERIPHERY have defied the boundaries of conventionality. Breathing life into the metal scene, Absolutepunk.net proclaims "From beginning to end, PERIPHERY's self-titled debut is a wonder to behold, and will inspire modern metal for the next decade" paving the way for PERIPHERY's meteoric rise to the upper echelons of the metal world.

The follow up album was always going to be an ambitious undertaking, though that's a trait that defines everything fans have heard from PERIPHERY thus far, and currently, the apex of that ambition and creativity is loaded into 'Periphery II' and ready to indulge curiosity... "it's a roaring success worth the attention of any metal enthusiast." - Metal Injection

Unique in their home country of Japan, CROSSFAITH's 2009 debut album 'The Artificial Theory For The Dramatic Beauty' served as the catalyst which kick-started the Japanese screamo / metalcore scene, and they have been at the top of their game ever since.

With an unstoppable work ethic the band hit the studio to record their sophomore release 'The Dream, The Space' which offers a "near-perfect synthesis of technology and metal that should win the hearts and minds of rockers and rivetheads alike." - Rock Sound

CROSSFAITH have just released their 'Zion' EP and will be coming to Australia for Soundwave 2013, and to team up with PERIPHERY for two killer Sidewaves!