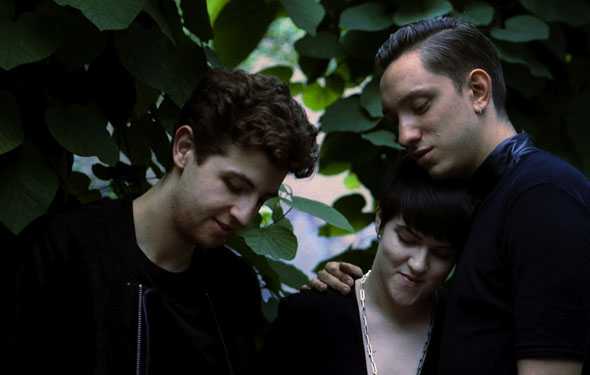 Young UK indie trio The xx have quickly become one of the most in demand acts on the planet, and they're bringing their incredibly atmospheric and captivating live show back Down Under this April.

First hitting Australian shores as part of the Laneway Festival back in 2010, the precociously talented trio - Jamie Smith, Romy Madley Croft and Oliver Sim - pre-empted the release of Coexist in July of this year by playing two triumphant Australian shows which sold out in minutes. Not to be outdone, Smith - who under his alter-ego Jamie xx is rapidly building a global reputation as a formidable producer and remixer - also sold out two solo shows in the same cities in next to no time.

The band's second album, Coexist, was one of the most eagerly-awaited releases of 2012, and the wait proved to be more than worth it when the record finally dropped in September. Coexist impressively debuted at number two on the ARIA charts, with similar chart-topping results around the globe. It was roundly lauded by both critics and fans alike as being a more than worthy successor to their acclaimed 2009 self-titled debut, which among a slew of similar awards and accolades garnered them the prestigious Mercury Prize in 2010, and has achieved Gold sales here in Australia.

But now, with their new album under their arms and their stocks at an all time high, The xx are returning to Australia to bring their minimalist, melancholic and emotive music to the masses once more! Don't expect demand to be any less intense this April when The xx return to unveil the gorgeous arrangements and aural delights of Coexist in the live setting, alongside the early favourites which made them so revered to so many so damn quickly.