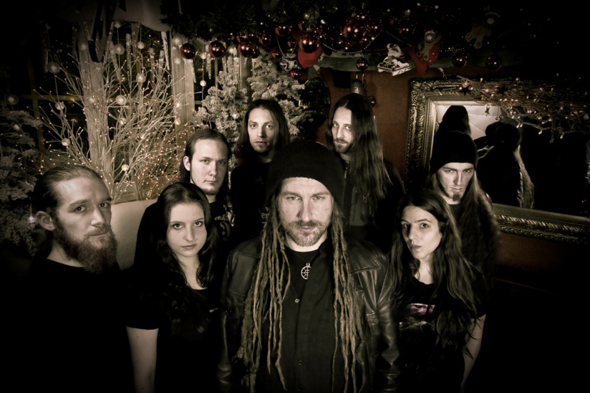 The self described "New Wave Of Folk Metal" Swiss octet Eluveitie will finally land on our shores in May 2013. Get ready for a tour that will leave you astounded by their musical genius. This band is considered one of the best live acts ever!

Forming in 2002, Eluveitie have refined themselves over the years into a fine art that incorporates traditional death metal elements and mixes them seamlessly with European folk instruments such as flutes, hurdy-gurdies, violin, bagpipes, fiddles, mandolin and pipes. And with most of the lyrics sung in an ancient Gaulish tongue, the overall effect is mesmerizing, sweeping and grandiose.

They consistently produce unique and entertaining live shows around the world continually gaining rave reviews for their stage presence, energy, articulate sound and amazing way of drawing you into their world.

Bang your head to the heavy parts, whisk yourself away to an ancient land via the searing melodies of the pipes and flutes and jig with your stein in hand when the hurdy-gurdy comes crashing in!

"the band ... has the place in raptures" - METAL HAMMER

Performing with 8 musicians onstage is an amazing task in itself, but when a band puts out as much energy to a crowd, it makes for some genuinely fun folk metal.

This is a spectacle not to missed!