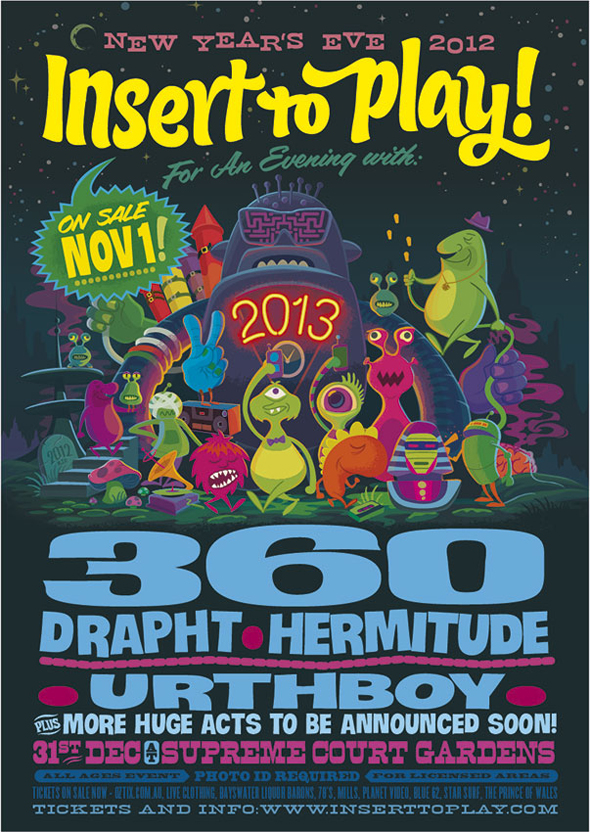 The new year is nearly upon us and we are getting ready to eject 2012 and INSERT TO PLAY 2013.

Situated in The Supreme Court Gardens on Perth's beautiful foreshore, INSERT TO PLAY is an all ages and licensed event set in the perfect environment to party the year away.

Promoters Altered State are not only excited about the amazing lineup but are delighted to present the festival in the lush botanical surrounds of the Supreme Court Gardens. "Finally Perth will have a New Years Eve festival with an amazing vibe, in the centre of the city and on the banks of the Swan River, insert it into your diary and come and play"