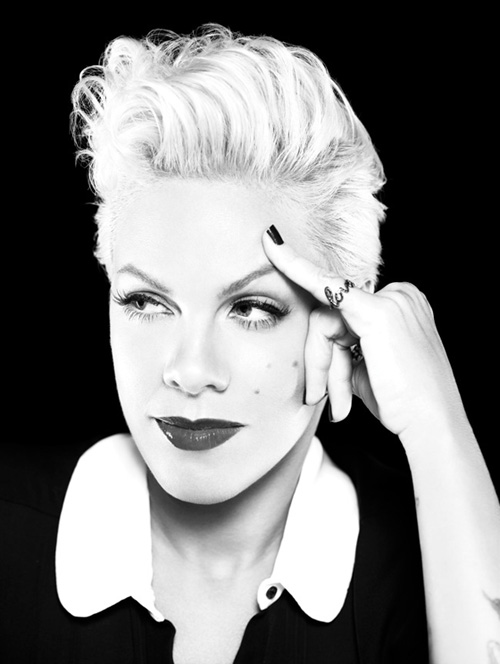 Live Nation has announced that P!NK will make her hugely anticipated return to this country for what will be the hottest tour of the year – The Truth About Love Tour 2013.

Renowned around the world as one of the most dynamic live performers of her generation – and by far the most successful female touring and recording artist ever in the Australian market - P!NK's 2009 Funhouse Tour was one of the biggest Australian tours ever.

Starting off as a 20 show run, overwhelming demand meant that the tour extended into a three-month stay, with P!nk eventually playing a phenomenal 58 sold out shows to more than 670,000 fans around the country. Funhouse broke Australian box office attendance records, reaching a staggering 17 sold out shows and 220,000 ticket sales at Melbourne's Rod Laver Arena, 12 stunning shows at the Sydney Entertainment Centre and 11 at Brisbane's Entertainment Centre.

'The Truth About Love Tour' is primed to deliver awe-inspiring performances in the now trademark P!nk style - thoroughly captivating audiences with her rockin' vocals and a formidable catalogue of hits, all delivered with a kick-ass attitude and spectacular staging.

To be amongst the first to access tickets, register as a My Live Nation member at www.livenation.com.au.

The 2013 tour announcement follows shortly after the release of P!nk's sixth studio album, the ARIA #1 debut, triple-Platinum 'The Truth About Love', featuring the massive airplay and ARIA #1 smash 'Blow Me (One Last Kiss)' and Top 10 second hit single, 'Try'.

P!nk's sales exceed well over one million DVDs worldwide and to date, 15 of P!nk's singles have reached #1 in at least one or more countries, including 12 singles in the Top 10 on the US Billboard Hot 100 Chart.

Her previous studio album 'Funhouse' spent months in the ARIA #1 spot and was the highest selling album of 2010, featuring #1 airplay smash hits 'So What', 'Sober', 'Please Don't Leave Me' and 'Bad Influence'.

'Greatest Hits So Far!!!' resided in the ARIA #1 position for 13 consecutive weeks and featured ARIA #1 single 'Raise Your Glass'.

'Funhouse Tour Live In Australia' DVD was the #1 highest selling DVD of the decade and is currently certified at an incredible 30-times Platinum.