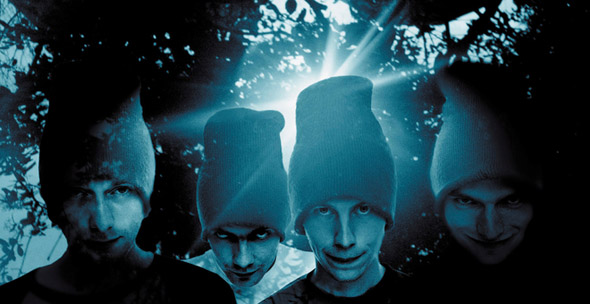 Valtari is SIGUR ROS's first studio album since 2008's acclaimed Með suð í eyrum við
spilum endalaust, marking the end of their indefinite hiatus. It is either the album they always wanted to make, or the album they almost didn't make, depending on how you look at it.

In English, Valtari translates as "steamroller". It was an album painstakingly and forensically pieced together, miraculously forming a cohesive and magical work from disparate constituent parts. If this sounds unromantic, the results are anything but.. Something alchemical occurs when the four members of SIGUR ROS are in the room together, and while Valtari is a more "studio based" album than any of its predecessors (which usually start life as rehearsal room jams), the long hours of experimentation and unsentimental editing yielded incredible results.

So how will this translate on the stage? In times gone by, regardless of the differences between each album, SIGUR ROS have remained constant in one thing: creating live performances that birth regret in all those who made the mistake of missing out.

'...it's not the oddities which mark out a SIGUR ROS show. It's that those elements combined mean there is something intangible and intoxicating created, that lifts you so you aren't sitting in a hard chair in an old innercity theatre anymore but standing in some big-sky, crater-marked landscape where everything - colours, textures, smells - is heightened and wondrous.' BERNARD ZUEL, SMH.

Announced already to play Harvest in Melbourne, Sydney and Brisbane, the Icelandic four piece will be bringing their ethereal, confounding and always mesmerising sound to Adelaide and Perth for their ONLY AUSTRALIAN SIDESHOWS.