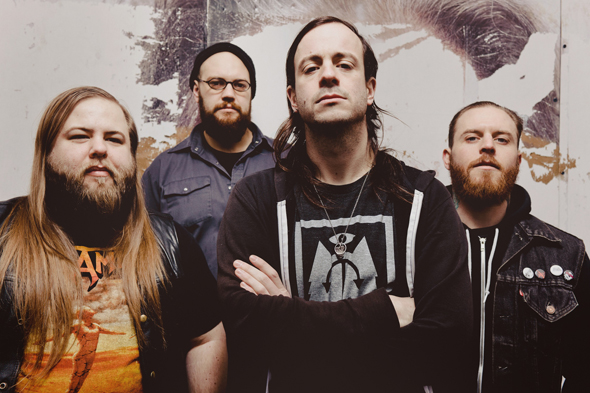 "Cancer Bats are not just ripping it. They're tearing it a new one." - NME

Cancer Bats will be descending upon Australia for a blood spilling assault this July, so Australian fans be warned... 'The Bats are back!

Their new album 'Dead Set On Living' sees them at their most ferocious; "It's heavy, it's catchy, it's relentlessly brilliant and, above all else, it's still quite unlike anything else you're likely to hear this year". - Metal Hammer. That's not to say their earlier albums were anything but blistering collections of balls-out rock, because, as anyone who's shared some blood, sweat, or beers at a Bats show will attest, that sure as hell isn't the case.

Fuelled by a burning desire to rage harder, play louder, and have more fun than any other band, Cancer Bats are used to turning venues into rolling pits of punk rock hell and will no doubt "have the pit moving, and long-time fans thanking the musical gods that a band of this design continues to exist." - Killyourstereo. Ferocious front man Liam Cormier cannot wait, exclaiming "Australia is one of our favourite continents to RAGE! We can't wait to come back and go f*ckin nuts!"