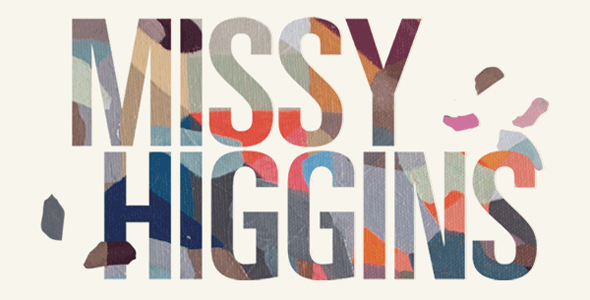 Missy Higgins returns to the music scene once more with the release of her brand new single - 'Unashamed Desire' - and the announcement of a national Australian tour.

The clip for 'Unashamed Desire' was directed by the ARIA Award winning Natasha Pincus (www.starkravingproductions.com.au)

"We were inside a very dark theatre for two long days, most of which I spent suspended in the air by dancers, so it was unlike any film clip I've ever made", Missy says. "Tash is a very involved director and was passionate about really telling the story in the most powerful way possible. The clip has turned out beautifully, it's very stylised, theatrical and artful which is new territory for me and maybe why I like it so much."

Tickets for the national tour go on sale to members of Missy's database on April 30 and to the general public on May 2. Special guest on all shows will be fellow Aussie singer songwriter Butterfly Boucher who co-produced Missy's album with the Nashville based Brad Jones.

Tickets On Sale MAY 2!
Need your live music fix?