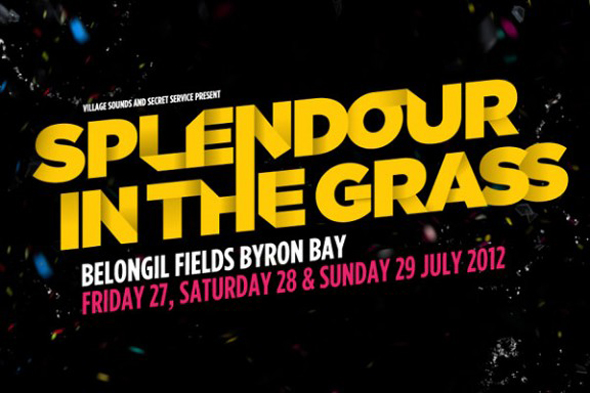 SPLENDOUR IN THE GRASS
2012 Line Up Announcement!

It is one of the most-anticipated announcements of the festival calendar. Usually compromising of artists from as many genres as possible, Splendour In The Grass attracts crowds from all walks of life and from all around Australia. After last year's incredible lineup, which consisted of Kanye West, Coldplay, Jane's Addiction, The Hives, Pulp and many more, it comes as no surprise that this year's lineup is just as impressive. Although the festival could not field the huge acts that we saw bless the amphitheatre with the music last year, the depth of this year's lineup is nothing but impressive.

As revealed yesterday, The Smashing Pumpkins will headline the festival alongside At The Drive-In, The Shins, Bloc Party and the previously leaked Jack White.

There is also a large Australian contingent amongst the lineup. Matt Corby, Tame Impala, The Temper Trap, Van She, and Muscles are just a few of the local standouts.

The 2012 installation of Splendour In The Grass sees the festival return home to Byron Bay. It will take place over Friday 27, Saturday 28 and Sunday 29 July in Belongil Fields, which will only support a capacity of 17,500.

We've had leaks, rumours and just the plain outlandish, but the lineup is finally here, and it was definitely worth the wait. Consisting of international stars to local club heroes, the 2012 instalment is not one to miss.

Splendour In The Grass 2012 Lineup

Search for CREAMFIELDS here.
6th May