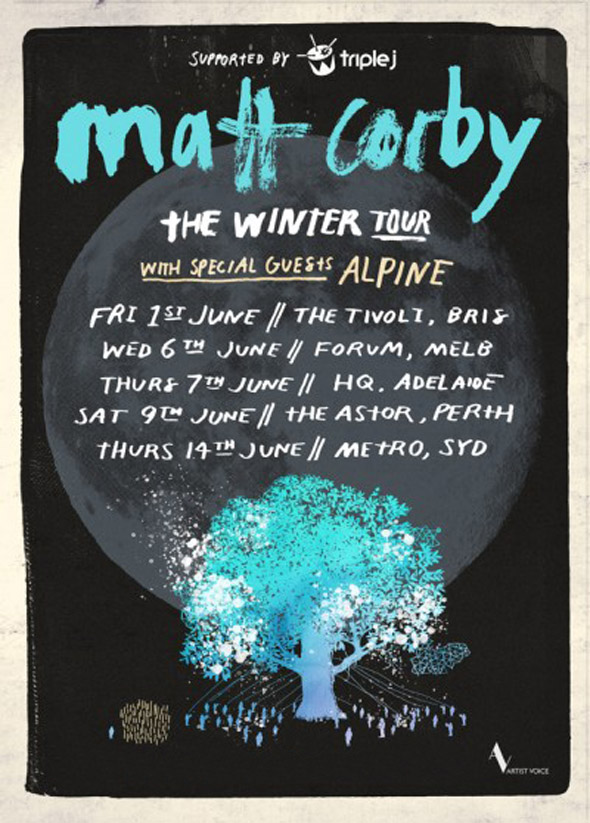 It is with great excitement that Matt announces 'The Winter Tour'; a national run of theatre shows in June 2012. After a few months of writing and gigging overseas, Matt will be back in Australia ready to hit the road to tour once again.

The recent 'Into the Flame' tour saw Matt play 14 shows to over 10,000 fans in 18 days, so with this tour we are hoping to bring something extra special to the table. Playing in theatre venues across the country, Matt and friends will be performing some old favourites along with a couple of new unheard songs.

As the last Australian headline tour before the release of Matt's debut album later in the year, this will be a tour not to be missed...